Citroenmad wrote:Everything seems to be working out nicely for you

The transit looks very tidy, are you getting it sign written fror your business?

I had not realised your Activa was your main driver, TD is the play thing then!

Im quite interested in the remap, i have thought about getting the C5 done, but ive only had it 10 days so ill see how it goes first. Thats quite an improvement to your transit though.

Has your Transits MPG improved since the 'map?

Activa has been used more than the TD but that's only because the diesel was not taxed or tested.

Its a good idea to alternate, a car doesn't like not being used. Activa is now at my parents as the move starts, so the TD will now have a few runs to stretch its legs.

I've just had a quote for signwriting, 175 fitted and I may get a further discount, just need to finalise what I want done .

Its pretty clean but has the odd scab here and there. Not done any mpg tests yet, I've been enjoying the torque too much!
Top

Sign writing will look similar to above, just getting all the artwork done for it and hopefully next week it will be fitted.

I have also tinted the windows, not a 100% mint job but good enough for a van - 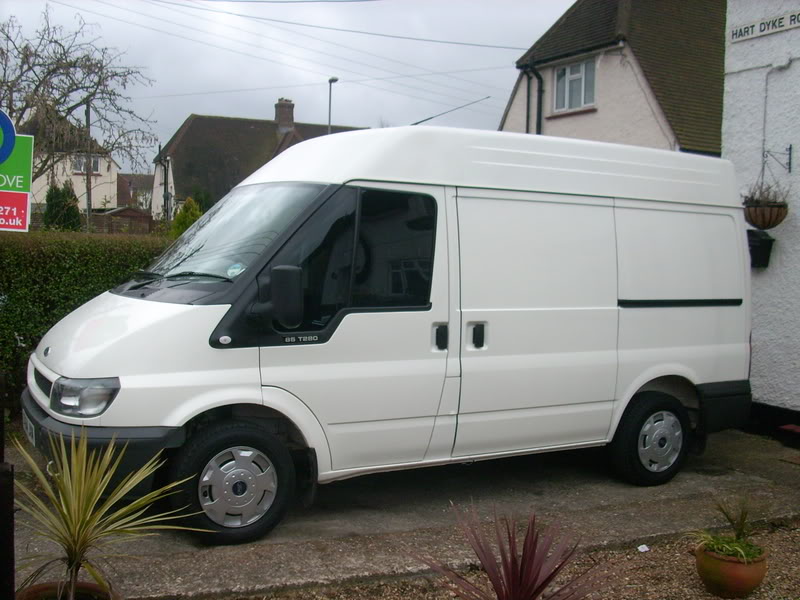 Now all signwritten up, i'm quite impressed...

Those that read tha Activa section would have seen my latest buy, but i've already passed this onto another enthusiast so i can concentrate more on my current motors.

I've in the middle of repairing its NSR door which as i expected, just has surface rust on it. A good machine polish with my 3M cutting compounds is bringing it up lovely and i'm sure Will is going to be happy with it, it has loads of potential and i'm pleased its going to a good home.

Went out in the Activa tonight, and enjoyed the country lanes of Norfolk, another benefit of moving back up here. It also swims!-

Gives the underside a good clean anyway! Its going to need a Lexia session soon to keep its responses sharp, and a clutch is imminent, but its still fine to drive for now.

I picked up my old faithful tonight. Its been at my mum and dads house since we moved in late July to Kent and now we are back up here and staying put, it was time to get it taxed in time for summer.

I gave it a wash and hoover out, plus an oil change. Its done very few miles in the past couple of years, 2000 miles at the most and i had not changed the oil since i put some Castrol RS 10w 60 (BMW M spec) oil in September 2007! So its now on Millers XFE 10w 40 Semi for a while, as it doesnt really need a thicker oil at thios stage.

Its great to be driving it again. Before i took it off the road last year, the braking system was completely overhaulled and they are fantastic for a Maestro which always seem to suffer from excess travel and a spongy feel.

Not only that, it bloody flies! Its only on 10psi which is standard boost, but thanks to a big turbo it pulls hard to its redline and would leave the Activa standing. The advantage of lightweight and a very torquey engine.

Here she is parked up in my garage, the first time in its life its had such luxury, its either been outside or under a sealed carport.

Gosh, looks like you had some useful rain up your way Gareth

Good to see the maestro featuring once again in your blog

Some more pics of the Activa after its bath yesterday. We are off to the seaside today and i cant go in a dirty car, so a wash and chamois was in order. I also took the opportunity to machine polish the bonnet thanks to some low-life scum where we used to live, i had a nice straight key mark on the front edge.

Didnt take long to remove in the end, and one less thing to do!

Great pictures, really do like your Activa, a very nice colour and fantastic condition. Looks superb 8)

It muct be great to be a smart repairer of bodywork, you have such a nice finish to all of your cars.

We had a guy out from chipsaway this morning to look at a few scuffs on the C5 estate bumpers, would be handy if i could do it myself

I know what you mean about needed a clean car to go out in, cant use a dirty car, its not right!

I bet your maestro is happy to have a new home, it looks very nice in there.
Top

I only wish I had some representative pictures of her when she first came to me... You'd never think she's the same car... The only useful description that could be applied then was "Woof" Yes, she looked a bit of a dog.

That is a beautiful Activa- is that colour gris fulminator?

If it is, I wasn't too keen before, but you have well and truly changed my mind!
Top

Rommel wrote:That is a beautiful Activa

You should have seen it when I first got it

It was just about fit for the scrap yard

I did a lot of mechanical work on it and then Gareth took ownership of it and did the bodywork. Between us we transformed that car!

If you think it looks good in the pictures, see it in real life. It is now mint 8) Gareth is very skilled in paint and bodywork.

Rommel wrote:That is a beautiful Activa- is that colour gris fulminator?

If it is, I wasn't too keen before, but you have well and truly changed my mind!

Yes it is, a colour that i also wasnt that keen on till i gave it the treatment, it now looks fantastic when clean, really quite modern yet understated, the perfect q-car. Its also lovely to paint!

I've got a new SLR so at some point it will get another clean up and some proper photos.
Top

Time for another quick update!

The green Activa is now a distant memory and in good hands, hopefully giving its new owner a bit of fun too!

Work now seems to be getting into a more regular pattern which for me means back and forth from Kent to Surrey and Surrey to Kent towards the end of a week. It messes things up a bit though, and the workload is so intensive in a few days i spend what seems like a few more days getting back to normal! The pattern of work, invoicing and stock check/ordering suits me just fine, as the beginning part of a week i can spend some time with Jack and Vicky, sort the garden out, sometimes have a tinker with the cars etc.

The works van got a mega valet last week in the fine weather. I took the opportunity to take some decent pictures which i put on Flickr, because they dont reduce the size or quality of the original. Here's an example - 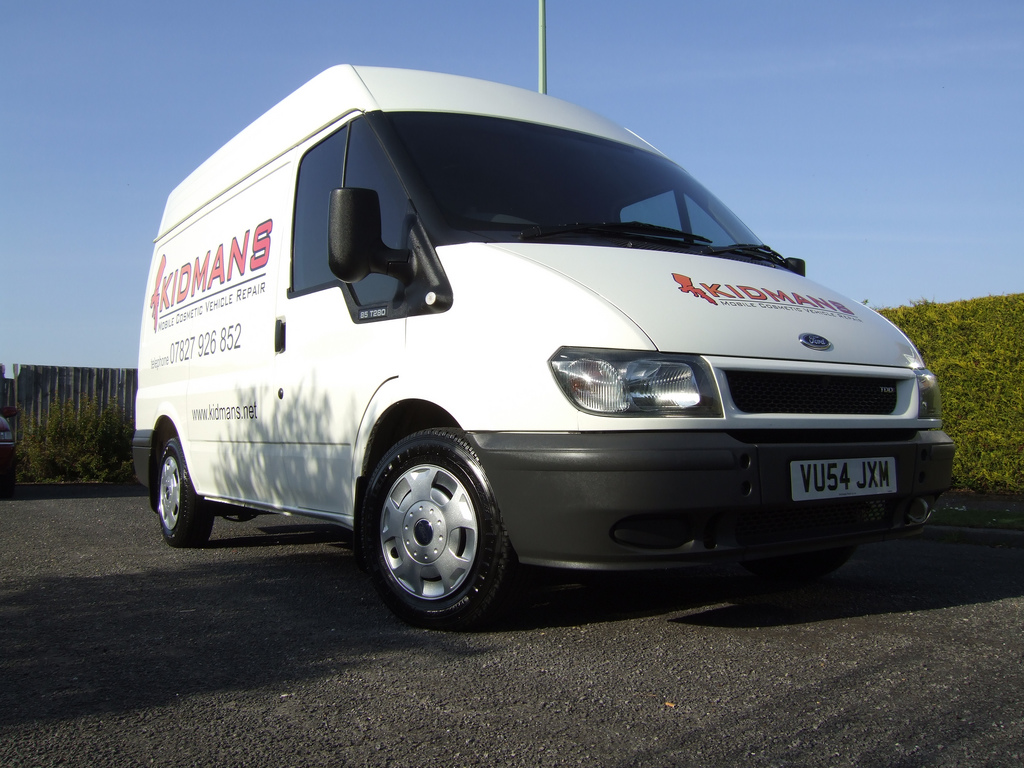 I drove the Activa not long ago to stretch its legs as normal and no more issues apart from its CL playing up, which will be sorted soon, i just need to use the key to lock it or it throws a fit!

The Maestro has been a little more fun. I purchased an electronic boost controller http://www.gizzmoelectronics.co.uk/eSto ... ucts_id=68

This works similar to an OE set up with a solonoid controlled by a computer, you can adjust the duty cycle to turn the boost up and the gain to adjust how quickly the turbo comes in. It still needs some proper setting up as you need 4th gear full throttle to obtain a decent boost 'map' on which the controller bases its settings from, do it in a lower gear and the boost is very inconsistant.

Even so its transformed the car and feels extremely rapid on a sane 15psi boost setting.

I had to adjust the actuator set up because the angle on it was wrong and wouldnt allow the wastegate to open correctly, enough to control boost but it caused higher than needed EGT's. All sorted now with a decent angle on it, similar to a Cosworth original (the turbo is from a 4x4 Sapp Cossie).

It *almost* let me down the other day on the way back from Asda. I had given it a little run, we parked up to shop and then drove home again, within a few minutes it was kangarooing and backfiring, wouldnt take any load at all. I played with the ignition side of things and it then got home fine and didnt play up at all.

I had driven it many miles, quite hard too so it remains a bit of a mystery. I suspect the car sitting in the sun after a run caused excess engine bay temps, and showed up a problem on the ignition side. I replaced the original crimped connectors on the coil, and also replaced the dizzy cap and rotor arm. There were some signs of oil contamination and the tips inside the dizzy cap were a bit dark and cruded up for my liking. There was also an oily residue where the carbon brush had been sat on the rotor arm so hopefully, this fault wont come back!
Top

Some new pictures of the Activa if people are interested? 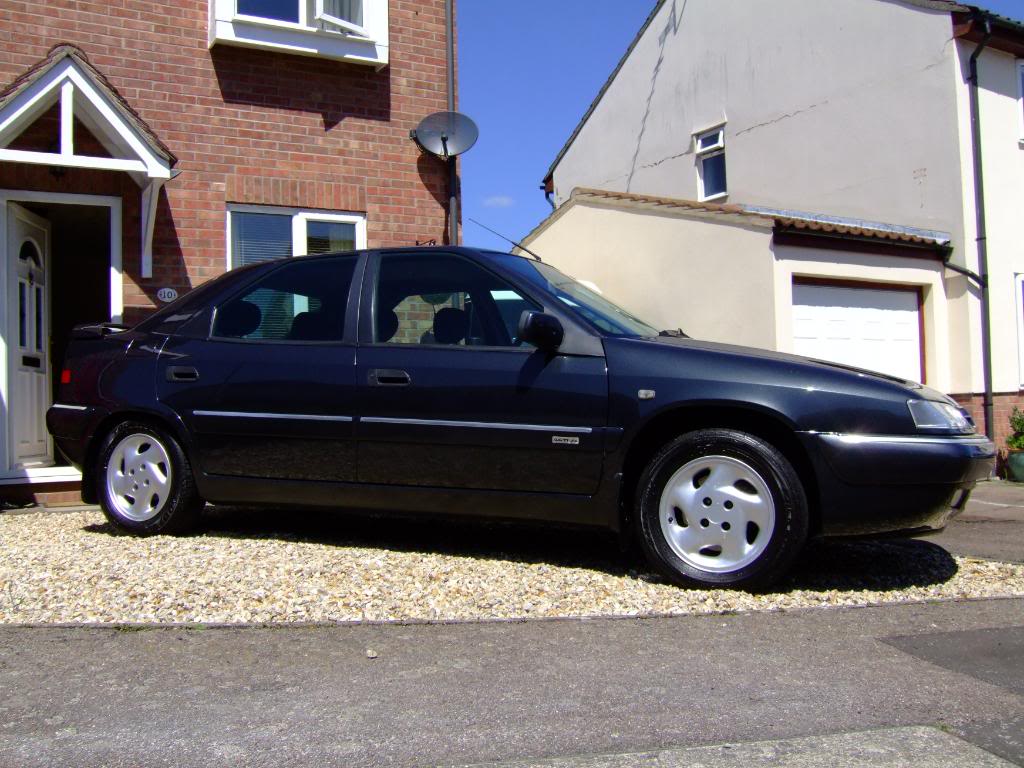 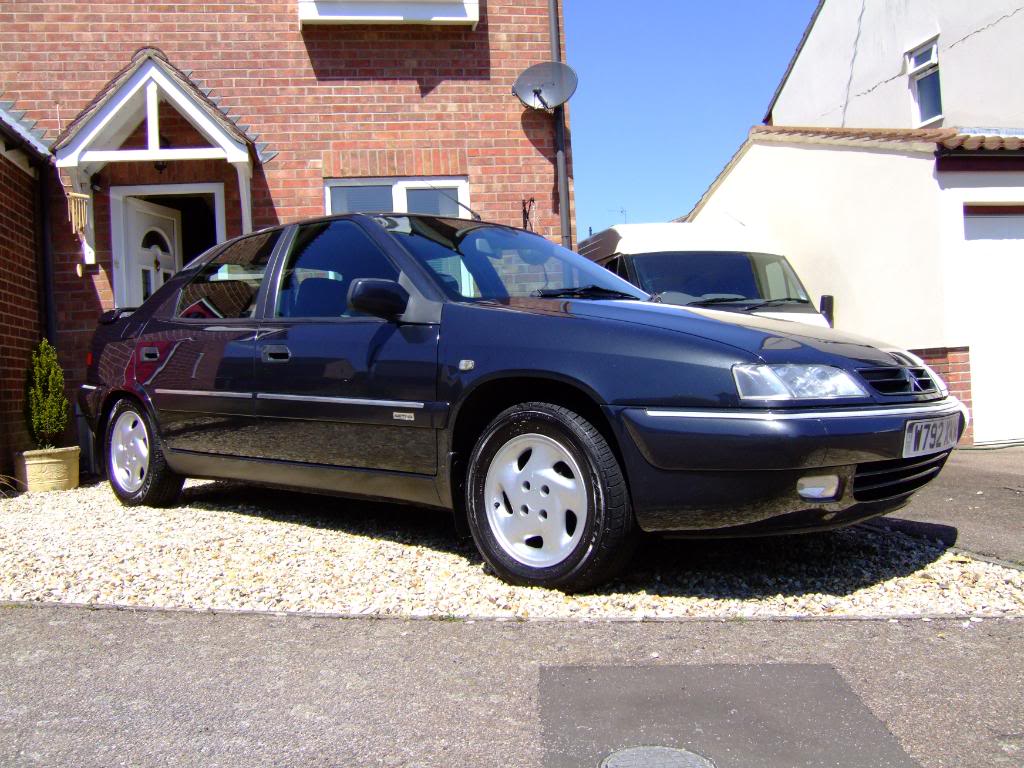 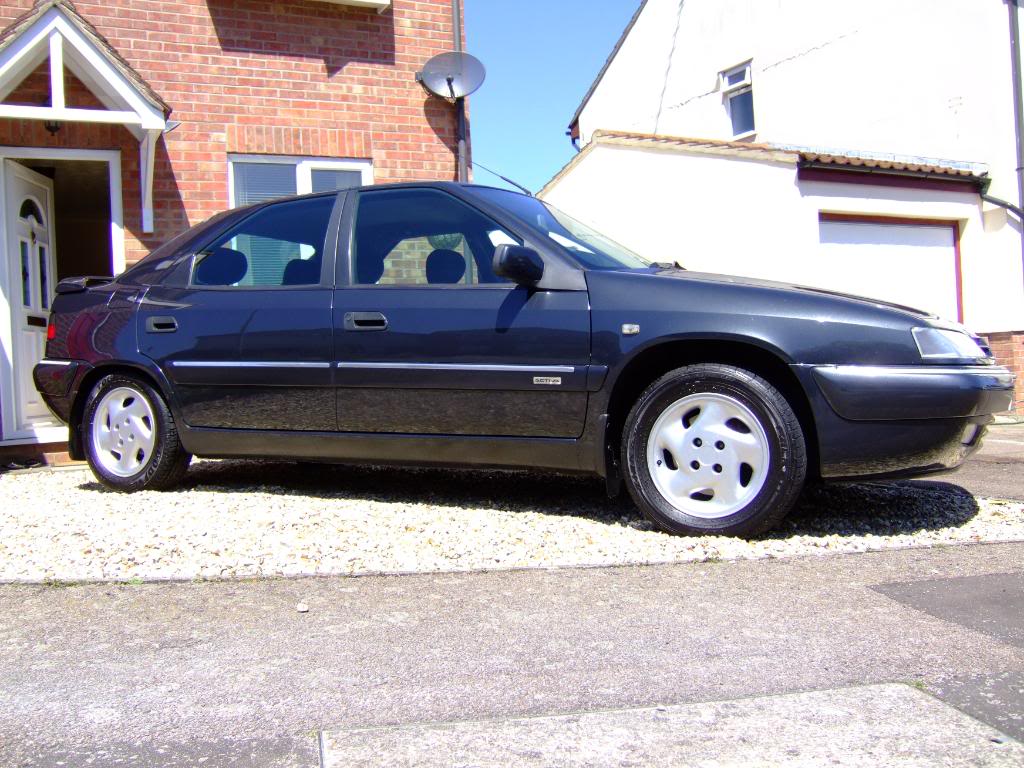 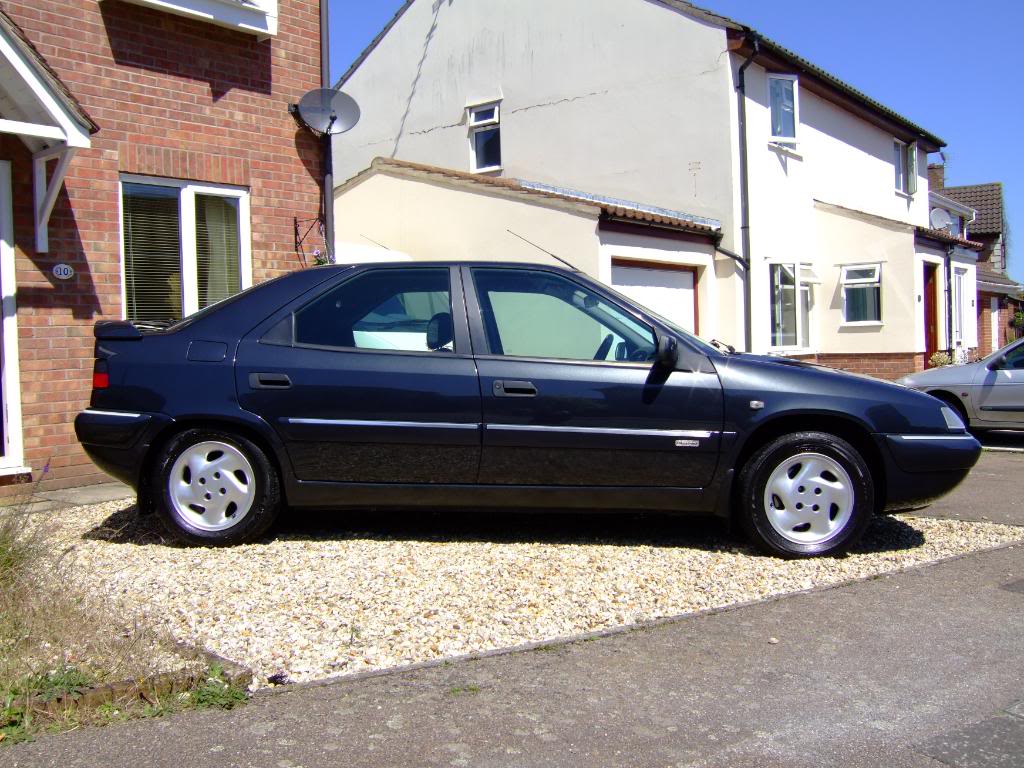 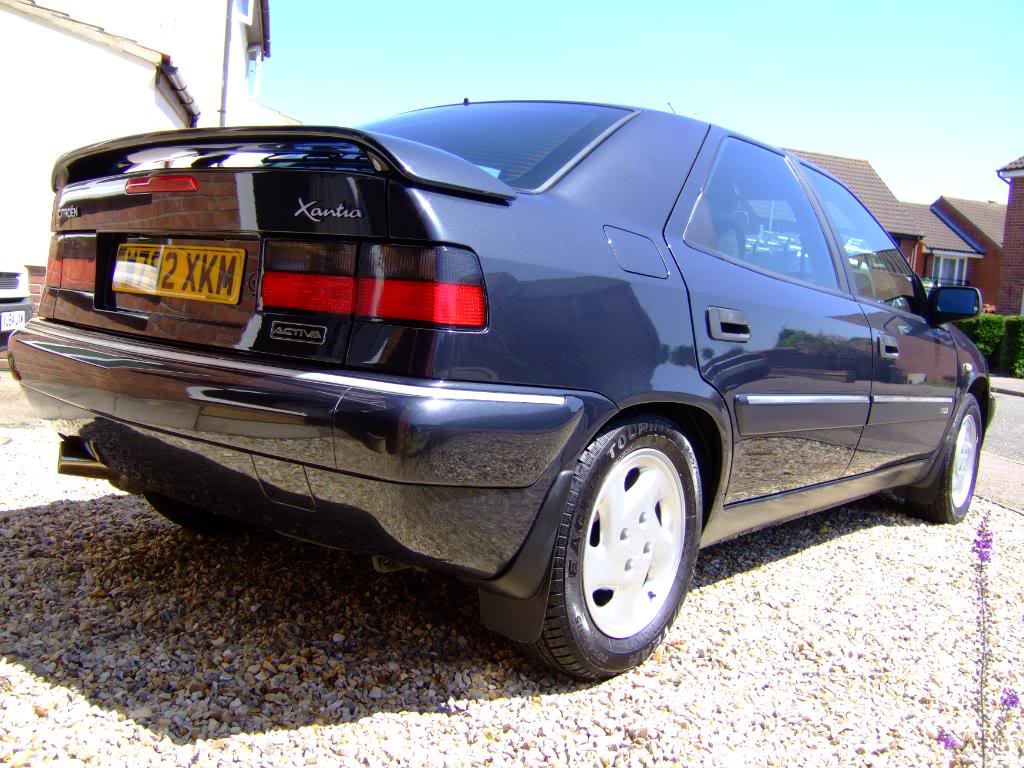 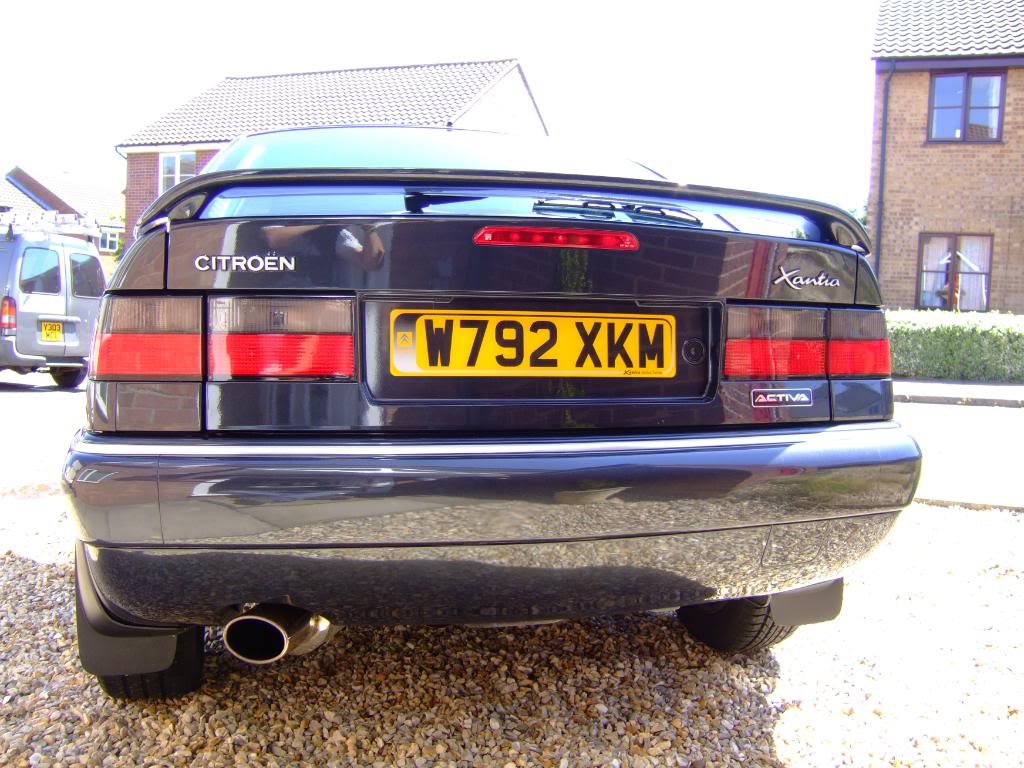 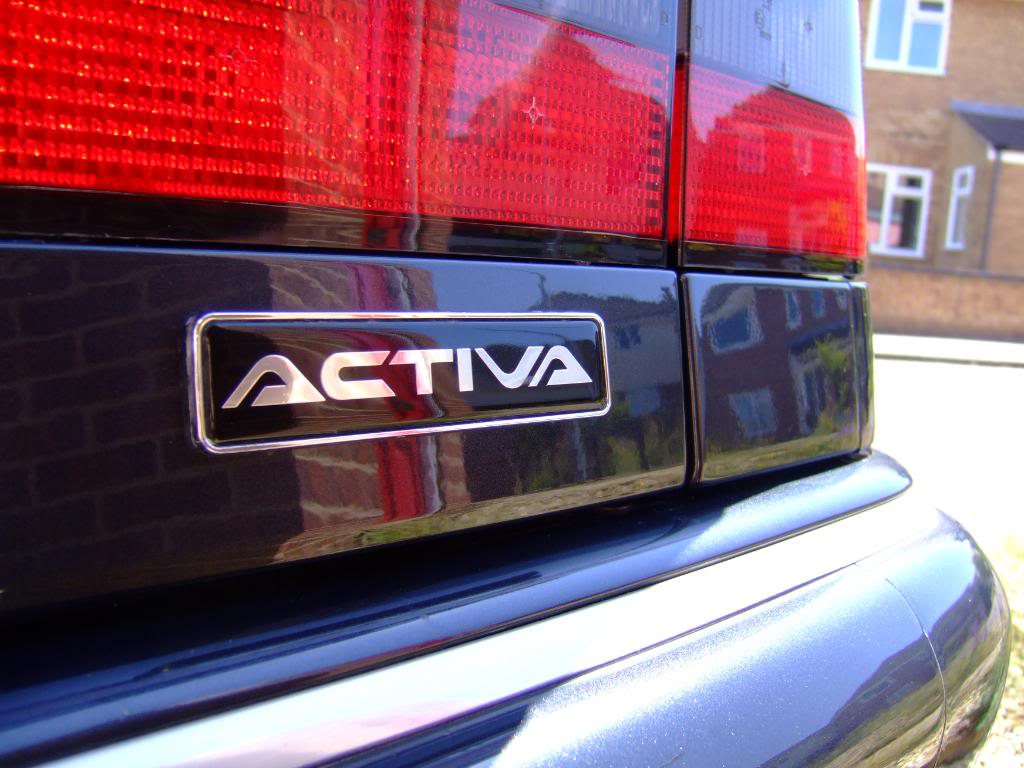 Cant believe only one reply!

One is the original spec Goodyear NCT5 Eco, the other is an NCT5 non-eco. very little difference.
Top

I should add that i have painted the rear bumper and the NS mirror which was in the wrong colour and given it another machine polish.

The turbo is now leaking oil in a weird place from the oil feed union so sadly it has to come off for its first bit of big mechanical work since i've had it.

Trying to get hold of a chap to fit a bigger compressor wheel to the turbo in effect making it a hybrid. Its something i have wanted to do to free the engine up so it will be interesting to try out the results, for me at least.
Top
Messages: 572