Lol, i have Jim but when i was much younger and they were still for sale new. I dont remember it though...only that it was complete custard yellow.

You are spoilt now having 2 V6's

......I cant express how much id love to have a V6 version of the Xantia. It is such a complete package as a car anyway, having a V6 with all the toys including cruise just helps it pack a smooth torque punch adding to the effortless way the cars handle everything thrown at tham anyway.

Ive heard - or Read - a few people saying ohhh a V6 one day... Ill have to get another one in spare!! Not sure if Ill sell my Maritious Blue one once done up...

vince wrote: It does strike you how few 2CV's you see on the road nowadays. Would i like one? Yes please

Have you ridden in one Vince ?

Tooling around in my daughter's 206 last week was purgatory for me. I could not wait to get back in a Xantia...

SO you have been spoilt then Jim!

I love small, little and underpowered cars. I do get bored and want to be back to my usually luxury but for the odd drive its great fun. One of the most fun cars ive driven was our old Renault 4, slow, noisy, etc etc, but i couldn't keep a straight face while driving it. For similar reasons I really like the C1, its like a go cart and sounds a bit like an old Porsche!

Id like to try something with a V6, though i bet id want one if i did.

citroenxm wrote:Not sure if Ill sell my Maritious Blue one once done up...

You won't want to Paul. After all the work she'll be your very special car and you'll be inseparable...

Just like I am with my Old V6.
Top

Well, time to get the car cleaned up some tomorrow ready for the trip down to the NEC on sunday for the classic car show.

Im taking one of my guys from the shop down with me. He's never been in a hydraulic car before, perhaps never in a citroen? so it will be interesting to see his preconceptions of these cars disappear

Hopefully i will bump into someone off her whilst im down there?
Top

Well the NEC came and went.....it was a strange day. I took a guy from the shop down with me and soon realised that he wasnt such a car nut as me and so after a look round he wanted to get back to his missus

I keep telling myself go to shows on my own, but then never listen to my own advice

Anyway, highlights...
Pulling off the M6 towards the NEC Jeremy Clarkson passed us in a range rover

He duly saluted back and then carried on his merry way. Also i was a stones throw from Ed China inside from Wheeler Dealers

I fondly remember the 12 from spending alot of my childhood in Madrid rammed full of old Seats. Renaults and Citroens

. Good cars all though

I stuck it in and literally just made it back

Not much else going on other than that, Ive been spending the last few weeks growing a beard! The reasons are varied but mainly because society pushes men away from their natural look to a clean shaven Gillette ideal. The funny thing is when you look backinto history many people admired had beards. Jesus, Charles Darwin, many of the great composers, Jules Verne, Abraham Lincoln, King Henry 8th....the list can go on for ages. So why the change of heart? .....

Its been interesting seeing peoples changing reactions to growing a full beard. Mainly it falls from guys as "hey that looks great, i wish i could grow one but my wife or my boss would complain" to women who either think its amazing or are wary. Anyway...this is what i now look like with a couple of months growth left to go 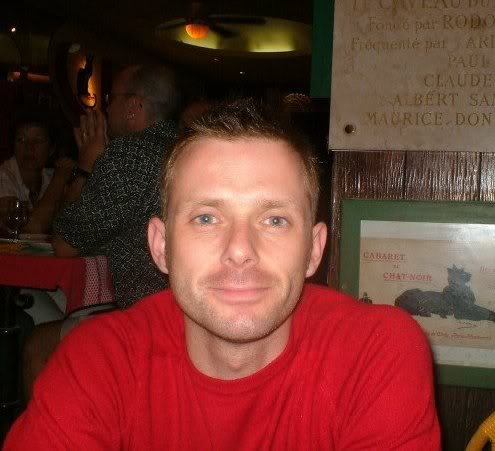 To Date (not the best photo..) 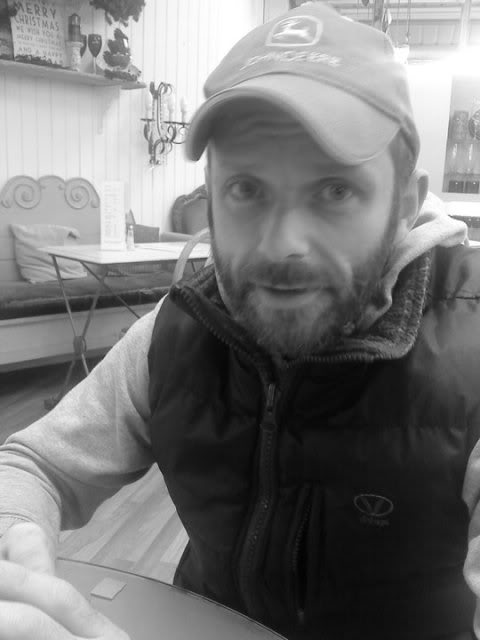 You certainly do look much wiser Vince!
Top

Ha ha, not sure about that Kev

Isnt it amazing how much a beard can age someone?

I've not been clean shaven for years, not since i met Vicky who hated my clean shaven face, so its always gone from stubble to nearly a proper beard, as much as i quite like it i hate the itchy feeling at that stage and another less practical aspect is my spray painting mask will not seal properly against facial hair

Still, if its going to be as cold as they say the next few weeks, might be worth the risk holding my breath..
Top

XantiaMan wrote:Isnt it amazing how much a beard can age someone?

I've had a beard now for well over twenty years. I once shaved it off when the children were young and it scared them...

Never been beardless since... Just wouldn't be right...

In fact, last week It was suggested I should shave my beard for children in need... No way... Even though the commn feeling was that such an act would be worth a lot of money...

I did offer to shave my head though....

Looking good Vince, I've been a proud beard supporter for a fair few years now, I personally love it, but your right its certainly a minority look in todays society.

Over the summer holidays just before starting A levels I decided that it was a bit of a rubbish look for me so since then I've been clean shaven.

I think its probably easier to get away with a proper beard once you've hit at least the late 20s, the whole media 'gillette close shave' culture has affected what many people find attractive. This mostly affects those that are still trying to find their feet in the first 20-25 years of their life I imagine as most of us are probably more easily influenced than those...wiser than us.

Most female friends and ex gfs I've spoken to have said that they prefer no beard. Looking at it evolutionary (not the word I'm looking for but I can't think of the proper one!) its insane as what it more manly than a full on beard?!

So what do we reckon, am I talking a load of rusted old strut tops?

Far too deep for me Kev

all i know is i only ever get to 'designer stubble' before the mrs orders its removal, she isnt a beard fan at all so its a non starter really.
Technicaly i should have one though, being a citroenist and general old car fan i thought it was compulsary?