Right, a MiniMeet it is then... I am primarily going down to see Dad and then take him to see Mum and after that make a trip to the museum in the afternoon..

I'd say meet around two'ish in the car park...

Don't worry Toby, I'll leave the matches and can of petrol at home

Most likely we'll be in the red Activa...
Top

Have a good day

We'll be seeing you at some of the more central rallies this year though won't we Chris?

Dad's going to be coming along as he hasn't been to Haynes motor museum before, he's also eager to meet this Jim bloke I keep talking about

See you all on Sunday

I will bring plenty of funds with me as I can see me going a bit mad in the bookshop.

See you on Sunday gents...
Top

red_dwarfers wrote:We'll be seeing you at some of the more central rallies this year though won't we Chris?


Yep, ill be at the National and CXM

I love the Bookshop myself Toby. I expect to spend a bit there too!


Citroenmad wrote: Yep, ill be at the National and CXM

That's good Chris, be good to meet you at long last

Up early today and straight to work on the V6 to replace the steering rack gaiter. That's one heck of a fiddly old job too. Luckily the trackrod end came off OK. I was expecting a fight but it was OK. Biggest job of all was getting the end of the new gaiter on the rack. There's no space and it has to be done by feel whilst squinting through a gap in the subframe...

I then retrieved my red Activa from its storage spot and replaced it with the silver Activa. Despite my silver Activa driving really beautifully, my red one drives better still. Quite a revelation really...

After being in store for a bit and as we're going to Somerset in it on Sunday I thought I'd best give it a good once-over.

Good job I did. It seems my unrelenting Xantia spannering continues... It's like a war of attrition at the moment

I thought one of the front Activa ram pipes looked a bit awkward and chafed. Closer inspection certainly showed it had been chafing. Have a look at this! That was as a result of the pipe rubbing on the strut. 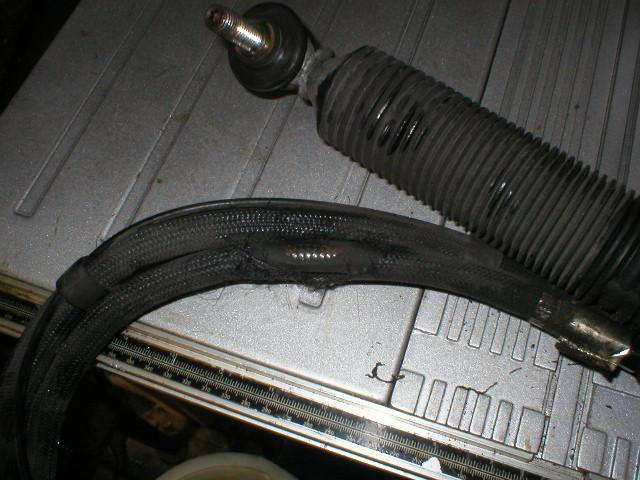 Down to the inner core. I dread to think what would have happened if that had let-go on the road...

So, it was off with the ram and fit a replacement hose. Luckily I had a good used one in my stash.

Those ram pipes are strange. One is longer than the other and to which ram port the long one goes to is critical to them laying correctly. In typical Citroen fashion, what seems to be the logical arrangement is not correct

Go the illogical and non-intuitive path and it's correct!

This is a shot of the pipes now laying nice and clear of any metalwork at normal ride height. 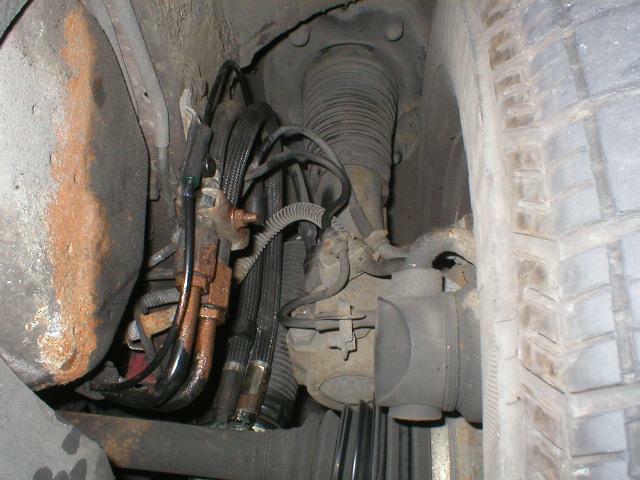 The brown on the metal pipes is not rust, it's copper grease!

The correct fitting order for the pipes is as described here.

I recommend all Activa owners to check their pipes at the earliest opportunity...

As I say, I hope this marks the end of the spannering frenzy for a while... I need a rest!

The other day I nearly lost my V6 in a head-on collision coming home from work. Not far from an approaching 40 limit a car coming out of said limit decided it wanted to overtake the now rapidly accelerating car in front of it and seriously misjudged his ability and/or the speed I was approaching (NSL). Luckily I had nothing following me closely so I went for some exceedingly heavy braking and by the width of a fag paper we just missed each other. Phew. That was a bit of a brown trouser moment I can tell you; the nearest I've come to a bad situation for many years.

Good news on the MOT

Have a good weekend minimeet

Jim, have you ever thought of arranging some 'service' meets where you demonstrate just how to do the things that you do

. I'm sure that this would be good crowd-puller and serve as a mini-meet at the same time. Although i'm also some 250 miles north of you i'm sure i'd attend any such demos if any could be arranged. My problem is the 'doing' side of car mechanics for which you seem more than suited

Much better live than canned though.
Top

Yes, great stuff - a YouTube clip of Activa rams being rescued perhaps?
Doesn't have to be full BBC broadcast quality - anyone have an iPhone!

Not sure about the video though

There'd be a lot of bleeps in it

Andrew, I have a scrap ram I used as my practice piece so could re-run that easily enough I guess...

Seriously though, a digest of all the stuff in a BoL type manual would not be a bad idea but as always time is the problem. It is/was the intention of my website to be a sort of Xantia BoL supplement but you'd never believe how much time it takes to do the web pages; longer often than the job itself...
Top

Thats a fantastic idea, i too would come along to those

As previously mentioned the other forum member will be me

I shall be taking SWMBO and the boy so will probably be there around 1ish.

Will be good to finally meet some forum members at last.