Paul, if you like, when I call in and see you we can have a quick look at this...
Top

citroenxm wrote:ill try get her to do it so you know how scare it is...

I'll take your word for it Paul

It's been a brilliant day down here weather-wise and a brilliant day spanner-wise. Took the XM out for a spin and ended up at Chris570's where we set about replacing teh heater matrix in his Activa. I had the easy job of sitting inside disassembling the dash whilst Chris and Liam did the hard bits and started on a clutch replacement.

I'm afraid forum posting has been very sporadic these past few days and still my brain is not up to complicated posts.

One bit of good news is that my brain is OK. I saw a neurologist on Wednesday who failed to find anything wrong in the head department. Yep, I know that'll come as a surprise to many of you but it seems my brain is in good working order

This is yet another step to the confirmation of my ME diagnosis and the next phase will be some CBT (Cognitive Behaviour Therapy) which aims to help you come to terms with and manage the condition. I fully expect it will warn strongly that Xantia heater matrix replacements should not be contemplated

Such a shame for you.. I cant imagine how you must be feeling unable to do things .. I get frustrated when I cant get on with my own cars when I have to do others when ever I get any spare Light days...
Top

Thing is, I'd been feeling really quite OK for a couple of weeks, gently got a good few jobs on the XM sorted and I really thought I was better than I really was. My bad but you have to test the limits occasionally to see if they have actually moved. They haven't... But if you don't test them you'll never know... It's a bit of a tightrope really.

Looking forward to seeing you, Robyn and Wales next week

Got to keep fit for that which means a quiet weekend this weekend...
Top

My cars checked over. Nothing to report

PavlosV6 called round for a chat and a little health check on Old V6. All was well and I'm delighted to see Old V6 is still looking very good and going well too.

One problem was the cruise control was a bit 'iffy' We traced the problem to the repair I originally did on the bellows with a bicycle patch and subsequently done again. Today we found the second patch had failed and it appeared to have been rubbing on the wiring loom nearby. A new patch (the third now) and a slight bending adjustment has restored normal service...

Then an XM owner visited for a diagnostic on the (TCT) engine. Whilst the ELIT was out we checked all the other ECUs and found the Hydractive ECU wall-to-wall with faults including two permanent electrovalve faults. "Odd" says he "It's really soft and comfy"

A look in the ECU box soon showed the 'problem' Both electrovalve feeds had been chopped and diverted to an ignition-switched supply so the electrovalves were operated all the time the ignition was on. Goodness knows how long they'd been like that and it was remarkable they'd survived - being fed with permanent 12V normally burns them out...

I got the 'scope out and found the ECU was basically working so we reconnected the electrovalves and lo and behold everything worked a treat after clearing the permanent faults.

So why someone had gone to the trouble of bypassing the ECU and having the electrovalves permanently operated is something of a mystery at the moment. Maybe there was a problem but whatever it was it appears to have gone.

I did enjoy my day though, as I did last Sunday...
Top

Sorry for the complete absence from the forum recently. I've suffered a significant relapse and I'm taking a while to recover...

I can read posts but making any sense of them and making any sort of sensible reply is entirely beyond my abilities at the moment.

I'll be back when I'm feeling a bit better.

I know I have some PMs and will respond in due course.
Top

Take it easy Jim! No spannering for you for a while!
Top

CitroJim wrote:Sorry for the complete absence from the forum recently. I've suffered a significant relapse and I'm taking a while to recover...

I can read posts but making any sense of them and making any sort of sensible reply is entirely beyond my abilities at the moment.

I'll be back when I'm feeling a bit better.

I know I have some PMs and will respond in due course.

sorry to hear that hun, must be an allergic reaction to going back to work
Top

citronut wrote: sorry to hear that hun, must be an allergic reaction to going back to work

Or an allergic reaction to Wales Malcolm

No, none of the above really although in hindsight I may have gone back to work a bit too soon. I have been struggling with it and it might have precipitated a gradual downward path. Wales just tipped me over...

Last Thursday I went to see Paul (citroenxm) and enjoyed a great evening with him over a bit to eat. I stayed the night in a Premier Inn in Llandudbo and then early next morning I made my way down to Aberystwyth along the A470 mountain road through Betws-y-coed, Blaenu Ffestiniog, Dolgellau and Machynlleth. It's a beautiful road but such a difficult drive when you're not good. I had a sort of frightening 'detached' feeling and had to concentrate really hard on the drive. I was exhausted when I reached Robyn's place in Aber and needed to rest up. We then drove home and I immediately then just crumpled up and flaked out. I'm just now starting to emerge from what is termed a 'crash'. To be honest I was lucky not to crash the car it was that bad

What really worried me was I must have not been driving very fast as I always seemed to have a frustrated car or van right on my tail. Scary...

About all I recall of the trip is there was snow on the top of Snowden...

Bit of a wake-up call (again

) I may not attempt a long journey for a while now and not unless I'm really feeling fit.
Top

Yes, you need a rest and some medicine. Take two French maids and go to bed; no need to call us in the morning.

Sorry to hear that Jim

I guess you have a bit of time off work to recover? Hopefully with a bit more rest you will be feeling right again. Do you think it was the long drive which took it out of you? It would be a shame if you had to stop visiting the place you seem to love so much.
Top

Yep, off work at the moment Chris and recovering nicely

being able to come back on the forums helps recovery and as soon as I'm up to the forums then I know I'm well on the mend.

Thing is, as I was trying to explain to Paul over on club-xm:


Unfortunately it's in the nature of the beast. Overdo it just a bit over a period of days - which I had - and whallop! We call it boom and bust and refer to what happens then as a crash. It happens. ME is characterised by a series of remissions and relapses. You know that I've had plenty of crashes in the past and they can happen very easily. Problem is, just before they happen you are invariably feeling good and full of beans. That gives you a bit of a false sense of security, push it a bit more than you should and then everything goes pop. As I say, it comes with the territory

Thing is, after my last visit I love the place even more and still determined to retire there

Paul taught me a bit of Welsh pronunciation on Thursday, including how to properly pronounce Betws-Y-Coed

I found a photo today and spotted my XM in a corner of it... Little did I know! Although I recall I showed great interest in it at the time and said I like it 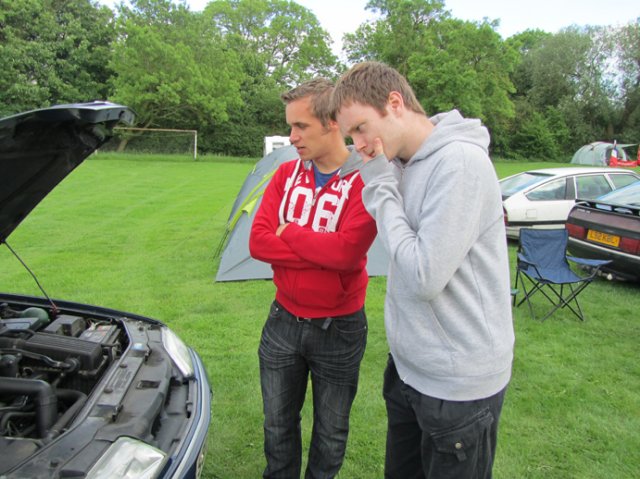