Same thing happened on my XJ6 a few years ago, again just a short move on the driveway.

It's not been a very good couple of weeks all told. I've not bee right since the tooth and visit to the dentist and got worse the early part of this week. So much so that I called upon the medical profession.

It seems to be a viral infection, likely as a result of the tooth issue and I have been signed off work for a week and told to REST!!! I've been a good boy, I have rested and I'm now beginning to feel a bit perkier...

When I was feeling really rough, the owner of Old V6 called to say there was a nasty coolant leak. Old V6 was leaving puddles

Just what I wanted

Still, the owner, being able, and with a bit of telephonic guidance, found the problem today... 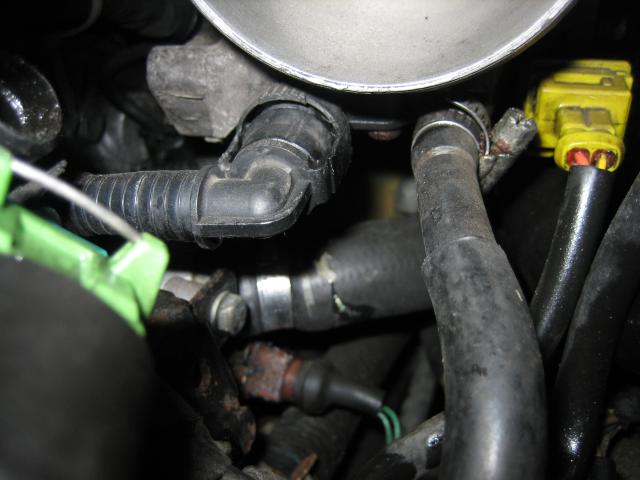 A little split on the short hose between the water manifold and the bubble breaker. He's gone off to the local Stealer, ordered a new one and feels confident in replacing it. Phew...

No other news. I really have been resting

The owner of Old V6 visited today and told me some potentially disturbing news...

He tried to order a new hose (part no. 1307 KP) and was informed by our local stealer that it was now NFP

He then tried to order a new inlet manifold gasket, in case the inlet manifold needed removing to swap the hose and the stealer said this (0348 K7) too was NFP.

I can almost believe a short hose is NFP but surely not the V6 inlet manifold gasket? That's almost a service item and needing to be changed every time the plugs are replaced... Methinks the stealer may have been telling porkies... Service.Citroen still say both are available...

As the owner of Old V6 didn't want to have me troubled by replacing the hose in this cold weather or doing it himself, he promptly booked it into the Main Stealer to have the job done

I've redirected him to my local trustworthy garage to do the job for him...
Top

That would of hurt the pocket Jim, it does seem Citroen are getting rid of a lot of stuff, even for the first C5 some things are now no longer available from what i hear. even the newest xm/xantia is almost 12 years old now

how the time fly's ey! im sure time moves quicker the older you get.

It's worrying the prospect of C5 spares beginning to go NFP. They still seem like new cars to me...

It's a real shame Citroen aren't like BMW and value their heritage. I believe anything is available for any old Beemer, albeit at a price.

But yes, as you get older time does seem to speed up - exponentially

It doesnt matter what the manufacturer is tbh Jim, when i had to sort out an Audi coupe a while back i realised that Citroen was not expensive for parts at all, i was just tight as a ducks a**e. Wanted a throttle cable cam, unbolted it and went to vag dealer, could only buy it with the throttle body @ £875 +vat, it may as well have been NFP

I did worry about XM parts a few years ago but now they are starting to poke their heads above the banger trench parts are getting rather easy to source, i suppose banger owners dont like buying stuff and its not till the cars are old enough for people to want to start spending money on them that the parts production/sourcing become viable. C5 owners may have a bit of a wait yet, they havent even got to banger terrotory yet let alone out of it

NLA is not an issue with mercedes! You can goto a stealer and get a part for a 60s fintail merc still.. But no doubt at a price...

C5s may be more of a "scrap it" rather then repair car which with high prices is bad.. Locally a customer of mine knew a bloke with a c5 hdi... However he killed the engine with an un attended oil leak.... Rather then offer the car to my customer for a host of spares he weighed the whole lot in... DISGUSTING! We would of happily matched the scrap price!

Today has been rather fantastic

I've always been rather fascinated by raptors and this was the first time in my life I'd ever been up close to them, really close to the point they were perched on our arms...

Xac has some great photos..

The day included a Hawk Walk with a Harris' Hawk, Owls - never knew Owls were birds of prey and could be trained, Eagles, Falcons and a very friendly and affectionate Andean Condor in the company of a very friendly and infectiously enthusiastic guide who had an encyclopedic knowledge of the subject. He kept on apologising for being a chatterbox

The weather ranged from blizzard to bright sunshine but that did not matter one bit; it was a bloody fantastic day

Thanks so much Andy and Danielle

A day to remember for life!
Top

Sounds like you had an enjoyable day Jim , the birds of prey are awesome

It's worrying the prospect of C5 spares beginning to go NFP. They still seem like new cars to me...

It's a real shame Citroën aren't like BMW and value their heritage. I believe anything is available for any old Beemer, albeit at a price.


It really is a shame, Citroen have a huge and very full history which they should be proud of and value. They don't seem to, if anything they seem to be trying to distance themselves from their history, only one car is now made with hydropneumatic suspension and only on the rage topping Exclusive (and auto models). Not only the suspension, but they have so many other ideas which make them a very interesting company for me.

Not to mention Citroens inability to market properly, where in any C6 or C5 etc blurb does it state the beefits of its suspension? Its always been the way.

Yes, some C5 bits are nt available now, however Ive not had any problems getting service bits, neither have I heard of anyone else having problems getting C5 parts. The things which are not available are accessories, or some anyway. I was unable to get rear mudflaps for my C5I three years ago. Im still trying to get a boot liner for my C5II, the dealer has been told they were not available and then they are but ive never seen one yet. Might try again tomorrow to order one actually.

Its a real shame, they dont value the previous cars. Mind, it would seem that a lot of people want a new car every few years, makers are obviously keen to push this.

Another thing, people in Citroen dealer seem to have no clue about previous cars, even models slightly older like the Xantia and BX has some of them bewildered. One parts guy at a local dealer has no clue how an Activa differs from a normal Xantia. They have probably never even seen a DS or 2cv.

When we went to collect our new C1 last year, we went in the Traction, the people from the dealership all came out and had a look but very few had even seen one before, let alone knew what it was. Ask them about how much a C3 with AC would be on a 'solutions' deal and they have the answer in a second. Its all sell sell sell new cars.

Me and Steve were talking at the weekend about Citroen parts prices, Im sure they just stick on almost infinity amounts on some parts to get you thinking is the car really worth spending the money on or shall we just stick it in for a brand new model. Drives me crazy!

It was an amazing day!
We really got to "play" with the birds a heck of a lot more than we expected.
Danielle now wants a PereSaker

If only we had the space!
I'm uploading the photos and videos here
So far 3 videos have completed, I've got 3.5 to go and then the photos.
Top

A PereSaker is a cross between a Saker and Peregrine Falcon, combining the best of both - the speed of a Saker with the stoop (dive) ability of the Peregrine... Very beautiful birds...

You see, we learned a lot from our guide

This has to be my favourite, a Harris Hawk 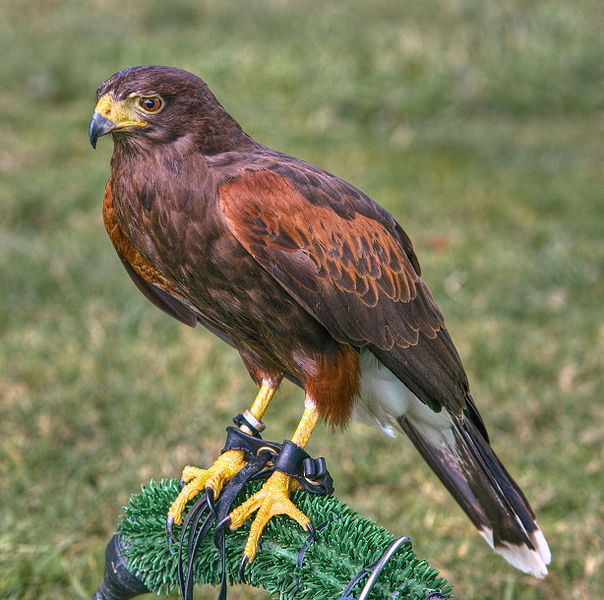 But for sheer gorgeousness, the Barn Owl has it in spades... 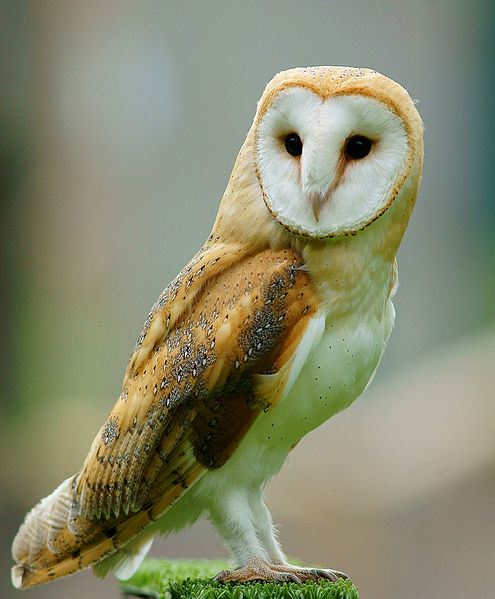 Star of the show, a Blue Eagle called Levi... 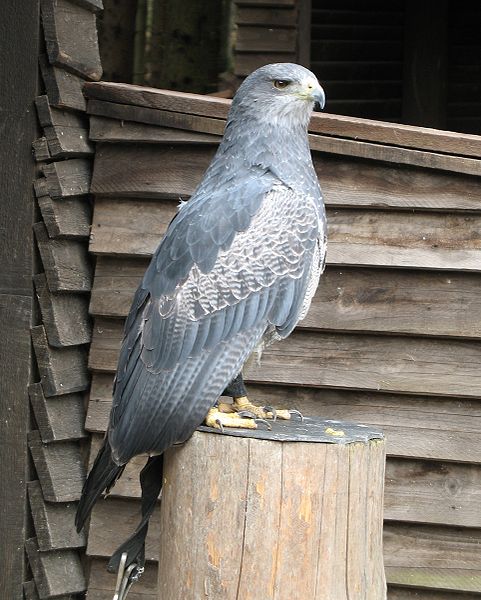 This is not the actual Levi but a bird very much like him...

The only thing that lets the barn owl down is what gave it its pre-barn name: the screech owl!

And Danielle with Jet the Peresaker she fell in love with

Looking at the weather you had today where were you, Norway?
Top

DickieG wrote:Looking at the weather you had today where were you, Norway?