That's good Gareth but do check and be certain. All you need is an 8mm flare nut spanner and just loosen the unions a bit. You have no worries about encouraging leakage doing his even if you loosen them right off and do them up again.

I have huge mental scars from yesterday's shenanigans. I look at a height corrector now and have an urge to run away and hide in a dark corner...
Top

It'll pass Jim...one of those "Wish I hadn't started this" moments!
Top

I'm sure it will Richard

I get those moments all the time. Worth it in the end though.

I've got it all to look forward to on the Activa. It's hopefully back on the road in March/April so it's action stations to get it sorted for its MOT, taxed and then the work begins on slowly getting up together, at the same time as getting the Coupé up together as well.

Luckily Gareth, if you do run into trouble, you have someone round the corner with a flaring tool and pipe!
Top

Thanks for your advice today Jim when i called

the 1.6 clutch was the right one but he couldnt confirm the engine code when he came back so i will try to ID it off the application of the oil filter fitted to it.

As far as height correctors go, my rear needs stripping and cleaning up. It was on my list of things to do but your recent troubles have put me off somewhat. Ive got some friends in Liverpool who run a good citroen indy so am going to ask them how much to strip and clean mine up. If its decent money then id love to get mine done sooner rather than later. If not then i might just get a new one through us and pay it off in bits off my staff account. Im sure ive got one in stock

Gosh it's been a long time since I've written any ramblings here...

Unfortunately, there is a reason and the reason might go a long way to explaining why I've not been all that active generally recently, or rather active in bursts..

Around Christmas I went down with a bout of 'flu, odd as I'd had a jab for it but the 'flu itself did not seem anything much to get excited about at the time.

The 'flu went and as usual I was left a bit lethargic as is the norm. Colds then came and went in rapid succession but the 'flu itself cleared up. What didn't clear up was the exhaustion and fatigue. That stayed and over the past few weeks has got worse and worse. So bad in fact that any significant work caused me to become completely exhausted for a couple of days afterward; often coming on a couple of days after the event. Usually this needed a couple of days off work and complete rest before I could do anything again. I literally crashed... Even trying to do much on here was/is a struggle...

My normal way of coping with illness is to work it off, go and have a good bout of spannering as is my norm and this always used to do the trick. Not any more. The last big job I did (my height corrector) laid me low for a couple of days afterward. Not like me at all

You know me, normally I've very active with a capacity for lost of hard work and play. To think this time last year I was feverishly busy resurrecting a very poorly Activa. No way I could do it now

A run to Somerset and back to see the folks, even in the V6, was causing a crash the following day.

Last week I was particularly bad and spent almost the whole of two days in bed. Imagine waking up and feeling more knackered than when you went to bed and then needing to go back to bed after a shower and breakfast because those who activities ave drained any energy you had.

It's got to a stage where I had to consult the medical profession about it and with the symptoms presented and the time it's been going on, I have pending further tests, a provisional diagnosis of Post Viral Fatigue. This a bit nasty as it's very closely related to Chronic Fatigue Syndrome (CFS) and ME

I hope and pray it's not that.

Good old Wikipedia gives a fair description of it.

Luckily, it's not as bad as it could be but one awful symptom I do have is the terrible "brain fog" and constant dizziness. I don't much like driving any distance as I don't feel totally safe now.

There's no real treatment for it, just time, good food, no stress (a big factor in it), gentle exercise and pacing yourself throughout the day.

I'm presently working shortened hours and no over-doing it in any way.

Spannering, except of the gentlest kind - perhaps a diesel pump in slow time - is out for the time being and so is spending too much time in front of a forum.

Therefore the work planned on my Activa is very much on hold and I pray my two V6's will behave themselves for the duration.

If I'm slow in responding to PMs and emails for the next however long, I trust you'll all understand the reason and that I'm not ignoring anyone.

Putting this post together has not been easy and trying to intelligently respond to posts posing complex questions is incredibly difficult at the moment...

It seems that this condition can (not surprisingly) lead to depression but thankfully, that's one symptom I don't have

I'll be shortly off to bed...back to the doctors in the morning for more tests

Sorry to hear about your situation Jim..Let's hope with plenty of rest you will get back to yourself mate..

Sorry to hear you've not been in the best of health of late Jim, I hope you soon find out why and are on the mend.

That is a long time to have had constant colds for, i can imagine its getting you down.

Sorry to hear you're under the weather Jim - not that far off the Rally season now though.

Here's a pic that will hopefully boost spirits: 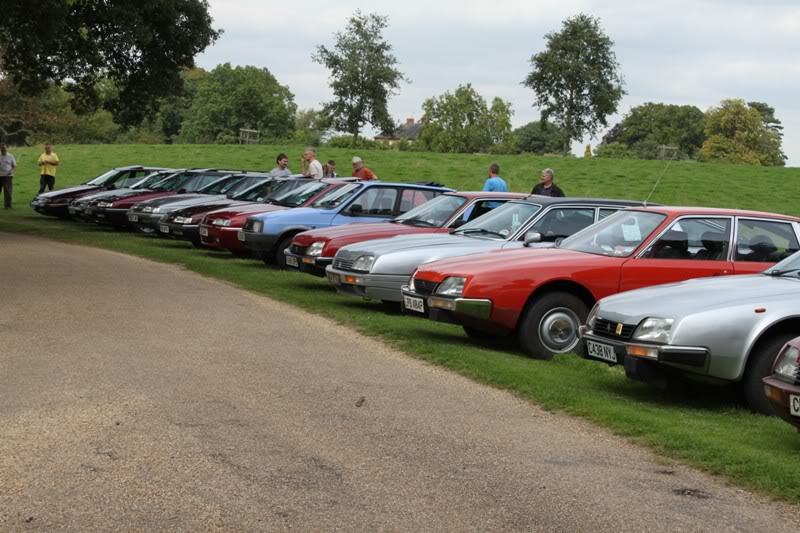 Jim, hope you get better soon. Having a positive attitude is certainy important.!
I think it sounds like you need a vacation!
Top

Im surprised im not on that picture! The Xm is, Im obviously hiding

Christ Jim that doesnt sound good but chin up

It reminds me of myself a few years back although a tad different.......I too worked like a mule using my brain a lot and enduring high stress levels and deadlines every day often 6 days a week and then on the seventh worrying about what i had to do the next week coming. I didnt worry about it much as i was going to the gym regularily and was never ill...plus i had age on my side.....i was only about 25 yrs old....then...after about a year of working like a dog and getting little down time, i suddenly lost my memory, (pretty scary) and felt lethergic and struggled to get things done to the standard i once did.

I was diagnosed with stress at the time and was told that my memory would return over time but they couldnt say how long that would be. I decided to take things a little easier and was advised to ditch the things that were causing the stress.....i did that and now 12 years later Im alot better than i was...im back doing what i used to do but am very aware when things start to pile up in my brain and i need a break.

helps me not to have to think about things so much. I even email myself ready for work the next day so i dont have to rack my brains in the morning when i get in.

Let the world wait Jim, it will still be there when your feeling better.

Take life easy for a while Jim

I was 'under the weather' with back trouble a couple of years ago.

The solution for me .... early retirement and a nice little index linked pension

I recommend you try it one day. You soon recover knowing that you dont have the stresses of work to face each day

Sorry to read this Jim,

as said though take it easy, the world will wait

put nothing before your health and you'll soon see it restored.

Don't forget i'm often round your way so if you need anything just give me a shout, i'm sure i owe you some favours by now