Very good blog, dont think ive read much of this one before but its an interesting read

I didnt know you got your car from Andrew, how did that slip out Andrew?

Looks a very nice car, love the seats, the 2.0 16v is certainly a good engine, really economical when you want it to be too.

Well done for having a go at the bodywork yourself, i wouldnt have the bottle to even attempt that. But it looks good, you have a nice shiny finish there too. I bet that would have cot you the best part of £200 250 at a bodyshop, so well worth doing.

Good luck with the rest of the work on the VSX, Ill have to keep an eye on this blog more often

admiral51 wrote: Did someone say the heater matrix is now a walk in the park job

Having said that, Xac and I have found a few dodges that makes the job a tad easier and less long-winded. It is now reduced to an eight hour slog

I will, whilst it's all still fresh in my memory, do a full guide on the job. Basically it's just one bing tedious strip down and rebuild with one big potential pitfall - the water elbow connector on the bulkhead.

We do know, and you'll be delighted at this, that the MK1 is the easier of the two to do. How clear a view do you have of the elbow connector on the bulkhead. It's a lot happier to do if you have good two-handed access to it but I'm not sure how badly the wide cambox of the 16V head obscures it.

By comparison, the rest of the work pretty straightforward

Good to see this VSX really coming together for you Colin!
Top

CitroJim wrote:How clear a view do you have of the elbow connector on the bulkhead. It's a lot happier to do if you have good two-handed access to it but I'm not sure how badly the wide cambox of the 16V head obscures it.

Not at all, its the turbo engines that make access difficult, but even having said that the elbow is still vulnerable to breaking.
Top

Now on to serious matters the VSX and TD

)and these will also be going on the VSX shortly

See i feel much better already

Excellent stuff Colin, not a bad idea to postpone the heater matrix until you're in exactly the right mood to do it and can guaranteed a full day of fine weather. This weekend has not been right at all for such a job...


admiral51 wrote: I have now replaced both rear and front corner spheres for non hydractive ones and the car is soooooooooooo smooooth over the road its unreal

Yes, they do make the car a bit dreamy. Pleased you find them good. If it's comfort you're after and happy to sacrifice a bit of taut handling for it then non-hydractive spheres are the way to go

admiral51 wrote:I have also abandoned the heater matrix as this is not leaking and i really didnt have the stomach for it but i feel it will be done sooner rather than later as my spirits have improved the last few days

I'm keen to witness this infamous job so if lending a hand is an encouragement, let me know?
Top

MikeT wrote: I'm keen to witness this infamous job so if lending a hand is an encouragement, let me know?

Infamous? They get easier after the third...

I'd say a helping hand is essential Mike, if only to help lift out the dash and offer words of encouragement!!! I'm sure Colin will be eternally grateful for any help you can offer...
Top

Sadly the same cannot be said for the VSX

The lead from the pretensioner runs in a channel above the seat guide channels before coming out and across the underside of the seat.Unfortunately for me the lead had come out of its channel and been caught when the seat was moved forward/backward and shredded the wires from the plug that sits on the tensioner

.
Now to make matters worse if i hadnt tried to be so neat with the TD wiring i would have had a couple of spares but i cut the plugs off them and ended up with this 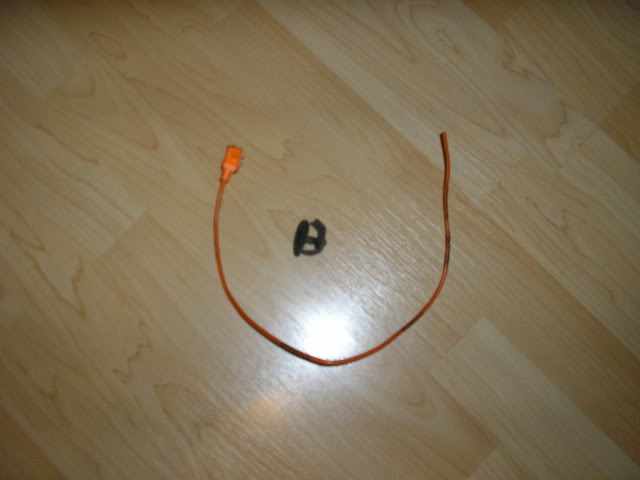 Have posted in the for sale section my request for help

Can you not repair the damaged cable Colin, or has it gone too far to be redeemed?

Good work on the seat swapping

Never my favorite job I must admit but the dividends are well worth it!

I've two CD changers here awaiting attention. Those are a winter project. I'll see how I get on with those and then yours if I can enjoy some success with those I have

Way over a month without an update

Have been really busy at work these last few weeks

No further progress has been made with either of the Xantias as both have been behaving quite well................mm that statement is going to haunt me i just know it

I still have the ABS light on in the VSX but i hope to pinpoint that with a Lexia session.
Have just had to go and pull the alarm fuse on the VSX as its going bonkers and SWMBO says it wasnt even locked let alone alarmed

me and my big mouth

Had a productive day of sorts today on the VSX

Finally got round to checking the abs problem and found that o/s/r sensor is showing open circuit and n/s/r is showing 1040 whilst both fronts are showing 1054.Not delved further into this as other electrical issues needed my attention

Removed the drivers seat and replaced the air bag wire and cable tied it firmly out of harms way.Had the dash apart and replaced all the bulbs (there is more there than you think

) and have replaced the abs bulb with a dud as i know it will all have to come out when i do the heater matrix (not just yet..still working up to that job

I found the n/s pillar light was coming on at random and have now swapped this from one out of my spares shed and touch wood it is now behaving itself.
Replaced the drivers mirror glass as this was not heating up although i had poiwer at the pins and this would also appear to be working.
Thinking of putting led into the heater panel as the price for the bulbs from the main dealers are a tad high from memory so its off to maplins tomorrow to work out cost effectivness

Found i had no power for the cig lighter and this proved to be all 3 wires having been cut so again maplins for some fixings etc.
plugged the CD Changer in and still nothing so it looks like i may end up getting a non standard equipment cd player as SWMBO is now getting annoyed she cant play her CDs.I did say we could swap cars as the TD has a CD player but she started to shout Scottish expletives at me and i ran for cover

Happy Christmas and New Year to one and all

That has been a productive day!

Well done on doing the instrument panel bulbs. Over 20 at the last count!

The heater bulbs. I don't think you'll find LEDs will work very well. I recall Xac trying to use an LEDs and the results were not brilliant. Excuse the pun

The problem is that the heater bulbs are special and I ended up buying some from an on-line bulb merchant. They were not dear and arrived next day. These are the ones you need here and at £1.10 each, not bad at all.

One day I'll get to look at the two duff CD heads I have here and then perhaps we can look at yours Colin. Trouble is, that project is a long wasy down a very long list at present

Had a good day today

) but still need to give the interior a bit of TLC.
Apologies for the quality of the pics done on a very old mobile but will dig the camera out over the next few days and take some proper ones 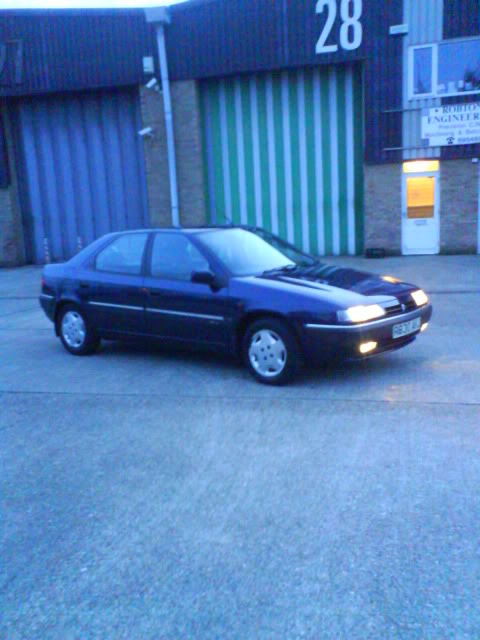 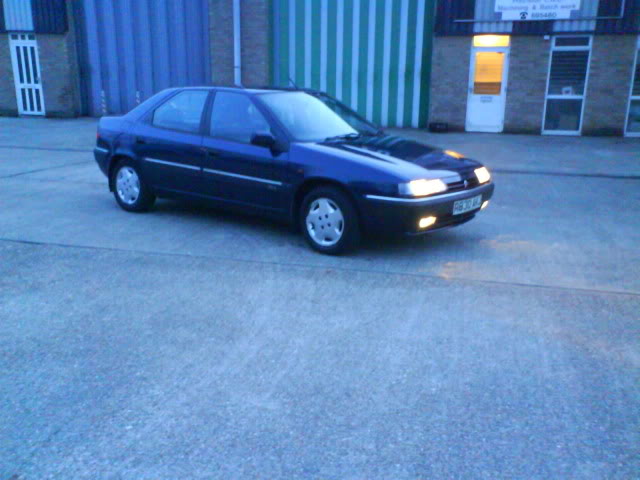 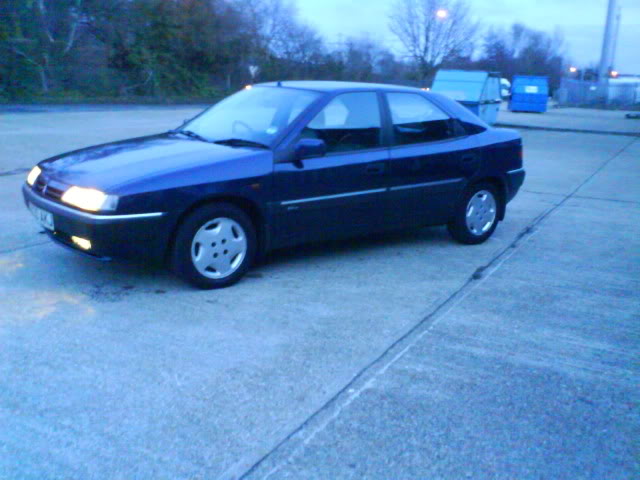 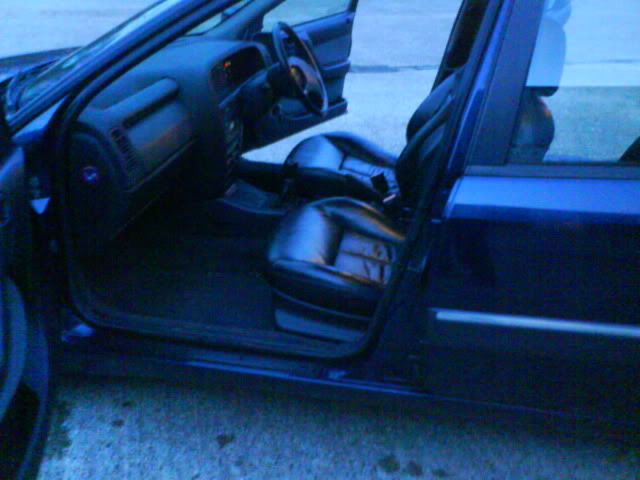 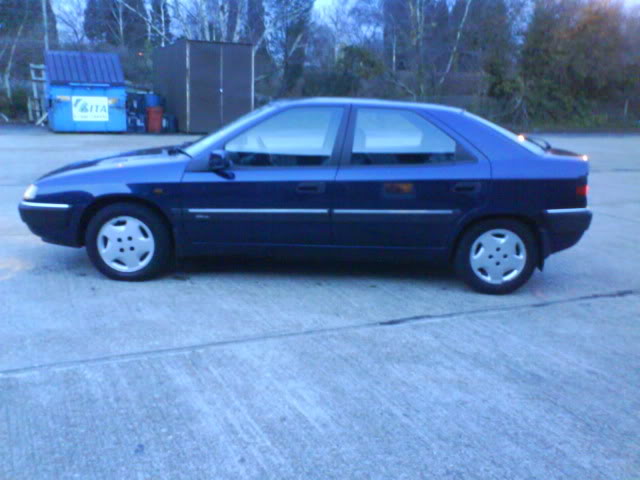 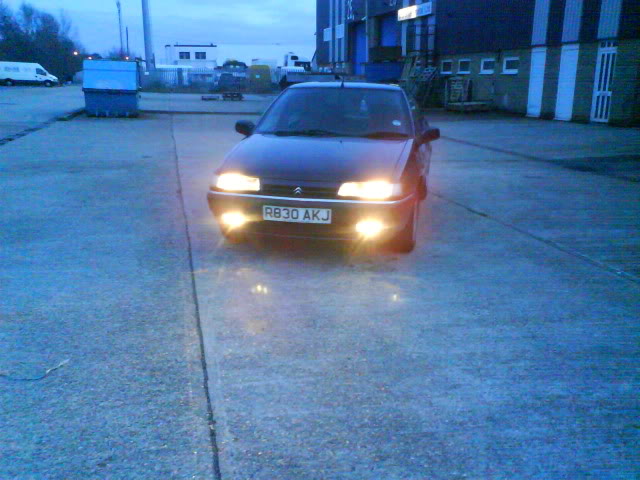