2 months without an update

As you may have seen the 1.9D has been put up for sale at what i believe to be a realistic price with the proceeds hopefully being redirected to paying the Tax on the VSX should it be sold.I will be sad to see her go as she has been a wonderful work horse and a good introduction to "Green Blood"

)
She has however been booked in for Wednesday 15th although i have yet to replace the windscreen,this again down to insurance so not expecting a pass

but it looks ok from a distance (feet not miles

) and managed to get the door check strap sorted.

Picture of damage prior to repair 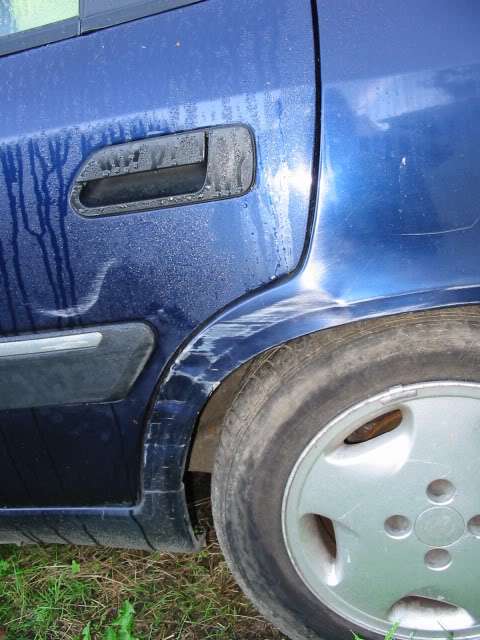 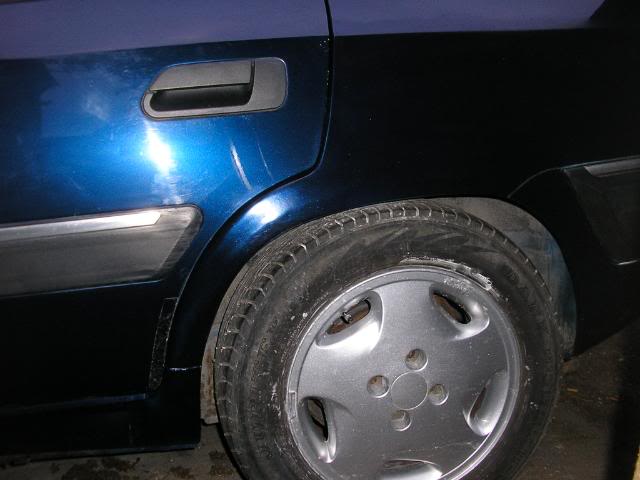 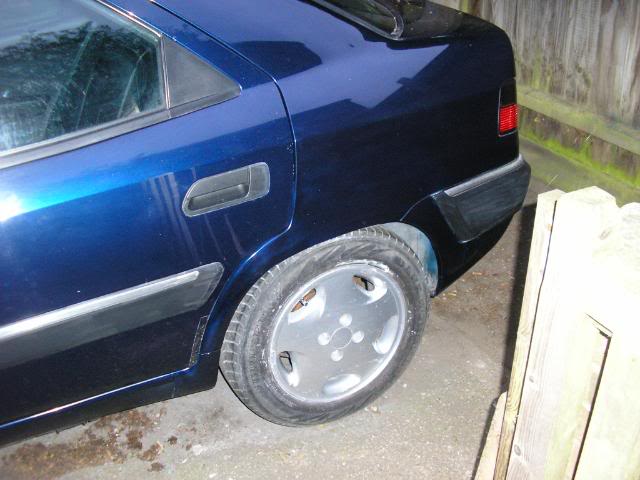 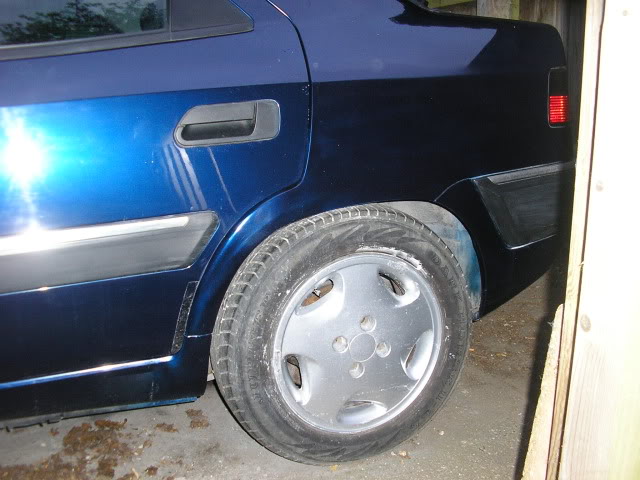 Still having no luck with the CD Changer but hopefully i may have some answers to that particular problem early next week as i have been allocated a few days off (unexpected...unpaid..but welcome all the same

Admiral doesn't look too bad to be honest, much better than what i could achieve, Im sure the resident paint guru will be along soon to cast a proper 'eye' over it though but still looks good

KP wrote:Admiral doesn't look too bad to be honest, much better than what i could achieve, Im sure the resident paint guru will be along soon to cast a proper 'eye' over it though but still looks good

The tree sap is an evil thing, i have to park my car under it as the mrs wont let me chop half of it away

so every week the activa gets a wash and it all comes off again thank god but still looks tacky when its on.
Top

It looks good to me Colin.

We have honeydew dripping from our tree it makes a mess, i hate the tree..

It's not as bad where I live, I just get the dust from the rough road surface covering mine

I've not had chance to sort out my CDC yet either

I wouldn't mind sorting it for the CCC National next week though.
Top

Hopefully it looks better in daylight even if covered in rain 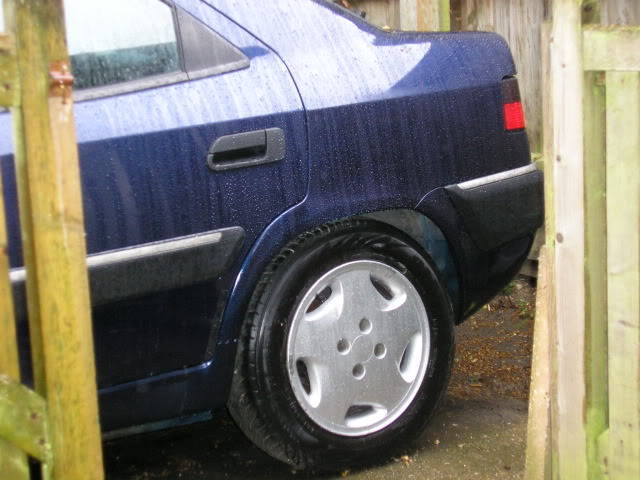 Unless you're well practiced, you'll never get it like the pro's but it's 100x better than it was and I think that makes it all worthwhile. Well done.
Top

Not a bad paint job there Colin!
Top

Not sure whether to laugh or cry

The last is somewhat concerning

Oohh the leather is sooo comfy

Sorry to hear the MOT results

But you know, most are solved and the most critical, the emissions, you are home and dry. That is the biggie as you know the cat is good and the engine is in reasonable health. The things it has passed on are those things you have little control over so all to the good

Brakes are a problem in a car that has been standing. My V6 fronts were so bad after five months of doing nothing that I had to replace discs and pads and make sure the calipers were sliding freely. Rusty discs do not work well and bizarrely the shinier they are, the better. Same with railway lines apparantly in that a train on a rusty track has much less grip than on a nice, well used, shiny track.

My V6 went for MOT with very rusty rear discs and passed without murmer despite me knowing they were well below par. In discussing this with the garage I'm told the MOT tester may make due allowance for a car presenting after a period off the road and having rust on otherwise sound brakes. They know full well that they won't pass with flying colours until they're bedded back in and there is no way that can happen until the car has an MOT to be driven legally on the road. Catch 22 or common sense prevails. If the MOT tester won't or can't understand this then change him for one that does. Contrary to popular belief, MOT testers are allowed quite a lot of discretion and that can be both a good and bad thing.

Flexis are always a fail point or at least an advisory. Mine got the latter but I cannot for the life of me see why. Mike, I find them OK to replace despite the time they've been on. Granted they're well tight on the caliper but I always undo the union to the steel pipe first using a good flare nut spanner. They rarely cause a struggle because unlike brake fluid, LHM does not promote corrosion. Then, run a 14mm ring spanner down the hose and use that to undo the caliper end. If this does not bring results, chop the pipe close to the caliper and use a hex socket on the caliper end. That's after a good douse in Plus-Gas.

For the rears, strip and rebuild. Then bleed the brakes thoroughly. Make the rears work harder for the MOT by presenting with a couple of bags of cement in the boot! Try to shine the discs up a bit pre-MOT.

MOT people seem to like to see new parts fitted so a new set of front discs and pads will go a long way. Chuck in new drop links or a track rod end and the MOT tester will be delighted.

That done and the other issues resolved and bingo - you have a ticket Colin!
Top

Not bad at all... Arch looked pretty messy tbh. Try some t-cut to bring a bit of shine to the lacquer, being aerosol it will need regular coats of wax to keep its shine, it also wont be fuel resistant and its softer than 2k so it may chip up quite quickly...
Top

Thanks for the replies gents

Been busted should have gone to an expert

tried my best and failed miserably.If only i had the cash Gareth then you would be at least £500 better off (being cheeky im including the wheels

Make the rears work harder for the MOT by presenting with a couple of bags of cement in the boot!

I said it 'looked' not 'looks', past tense

I think you done a pretty good job if you have no experience, there are a number of lines in that panel.
Top

Sorry Gareth i misunderstood you

Should make more of an effort to properly read posts

TBH it doesnt really stand up to close inspection paint finish wise but the body repair bit looks not too bad.Thanks for the tips on getting the best out of the finished paint 8) 8)