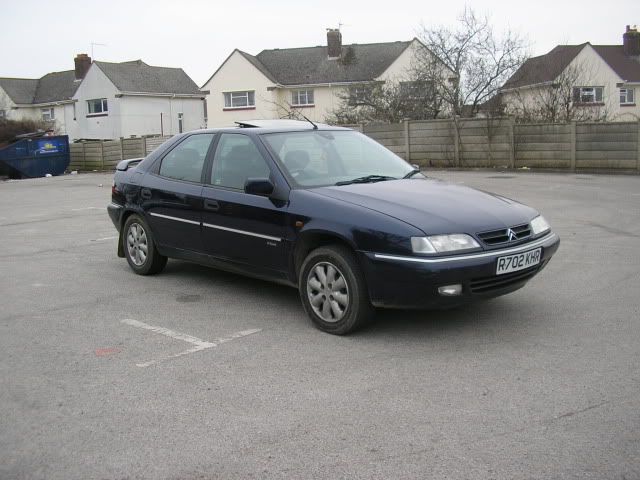 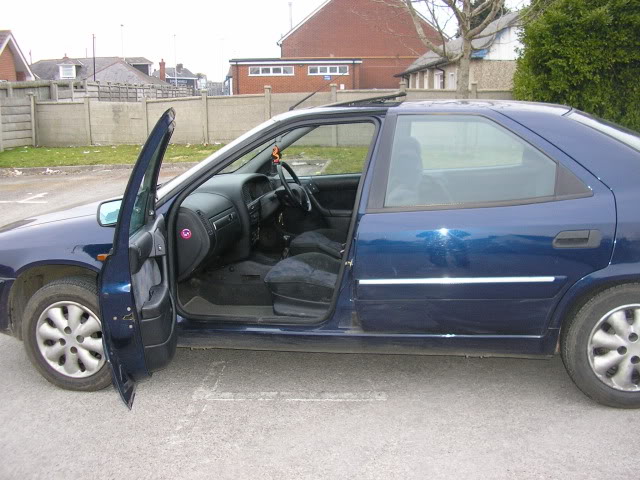 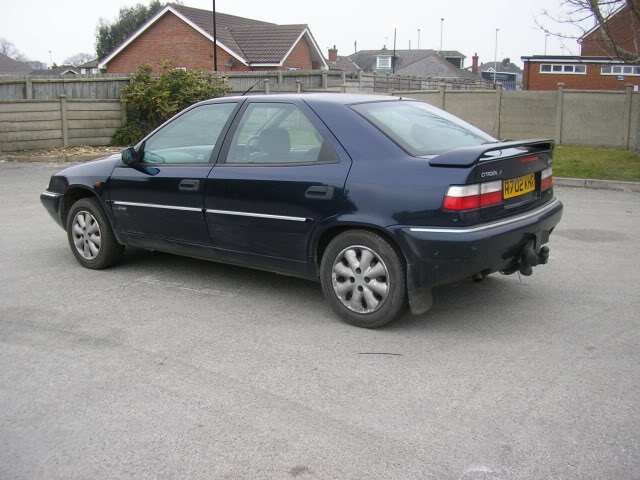 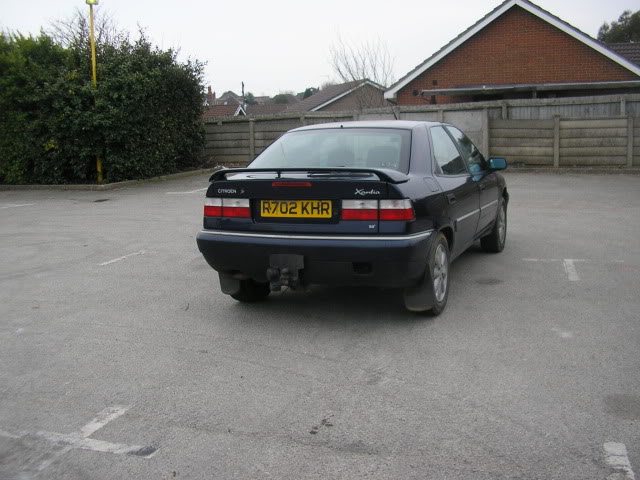 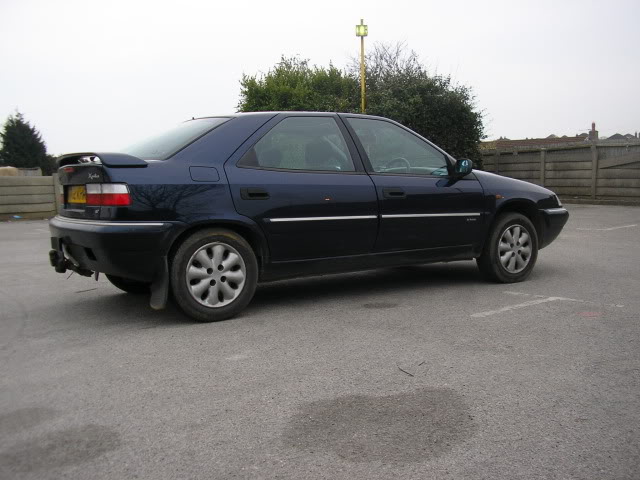 Does need a bit of a clean

but she is quite nice and tidy overall

Managed to sort of make a list of things that need doing none of which are to major,just going to take a bit of time and prioratising

6.Cambelt waterpump aux belt replacement and thorough check of all rollers/pulleys
7.Get the boy to earn his pocket money and give the car a ruddy good wash

First impressions are its quite a relaxing car to drive,seems to get up to speed without shouting about it

Looks a good'en, 2.1TDs are very good engines, quite a rare spec to find in a S2 also.

Not sure SWMBO would welcome a new shed

Hadnt thought about the 2.1 being rare in MK2 form but it is an early MK2,must remember to post up the RP number

Had some sort of success this weekend although nothing to major

Managed to reconnect the fuel line to the filter and back to the pump with clear lines and so far no bubbles but proof will be in the morning if she starts first time.
Replaced one of the leakoff pipes on thursday and the starting performance has been transformed so fingers crossed

One thing i did notice about the leak off pipes on this particular car is that they seem to run in parallel.If you take the leak offs numbered as 1 and 2 then the blank is on number 2 then the pipes go 1 to 1, 2 to 2, 1 to 1 ,and then 2 to fuel return.This maybe normal but on my old TD they were crossed ie 1 to 2, 1 to 2 ,1 to 2 ,1 to fuel return.In the latter order i reckon the pipes would be kept a little further away from the engine and stop some of the heat/melting issues.
It maybe ok just seems odd

when i got the car the remote wasnt working although the central locking on the was.Managed to get a new battery for the remote today and more by luck than judgement it is now working

By removing the innards from the plip i was able to have the ignition turned on and be able to press the buttons a few times.On turning off the ignition and opening/shutting the door the remote now works

Some good work there!

Normally, the blanker is on the end nearest the clutch (No.1) and then they daisychain back to No.4 and then to the pump return line. No worries though as long as they all end up in series between all injectors...

Has that helped the stopping problem?

Are they alloys or just trims?
Top

Hi Jim
The blank is on number 1 by the clutch,what i meant was if you take the leakoffs as being numbered 1 and 2 on each injector,one being closet to the head, thats how the pipes are run.Should try and explain myself a bit better

No they are not alloys but trims carefully removed from the 1.9td before its present owner saw the car

Thoroughly enjoyed our chat on the blower last week,i must make an effort to arrange a visit to NP soon

Looks like im going to do the work on the cars myself from now on,aux and cam belt

,but i have managed to find a quiet spot in the corner of the recovery firms yard along with access to both tuition and tools and a very cheap lexia

oh yes and a pit 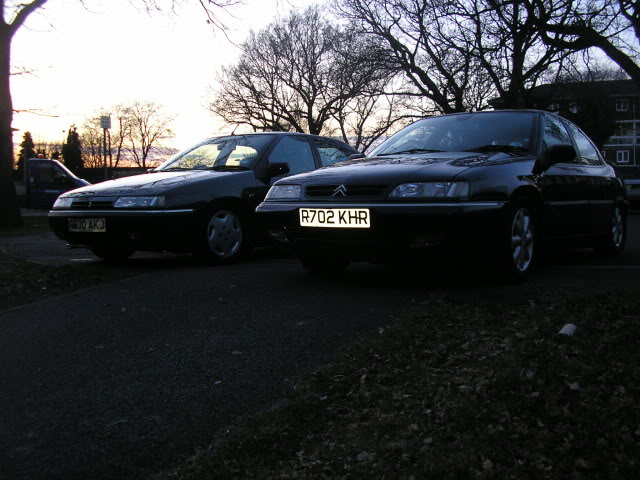 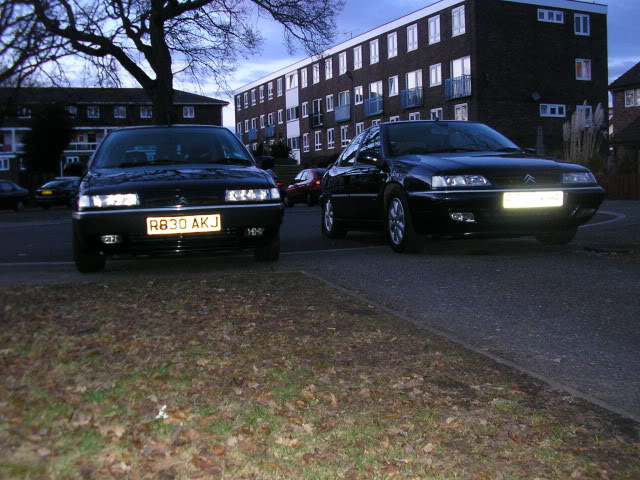 The lad did a good job there and the light adds a nice atmospheric quality to the pictures. Car art!


admiral51 wrote: Thoroughly enjoyed our chat on the blower last week,i must make an effort to arrange a visit to NP soon

Any time you're passing this way, you're always very welcome to drop in. I'm only a hop and a skip off Junction 14 of the M1 and likely make a better cuppa than the services just up the road

Great to hear you're doing your own repairs from now on and it sounds like an ideal setup in which to do them too. Can't beat good facilities and skills on hand and a pit as well. I'm jealous!

At least if you do them yourself, you know exactly what's been done and you know it's done properly. Not forgetting the great satisfaction that comes about...
Top

she mentioned that the windscreen wipers were playing up.Put them to intermittent and they had a mind of their own.
I did try and explain that the wipers must be female but would take a look anyway once she had calmed down a bit

Turns out i dont have intermittent wiper position only auto

Have tried locking/unlocking with plip and key but makes no differenve.My only thought was that maybe there is a child lock in operation that im unaware of...will need to investigate further

Colin, on the trailing edge of the rear doors there is indeed a child lock.

It is red in colour and circular with a slot and if you use your key to turn it gently it'll defeat the child lock.
Top

thanks for that when it stops raining will go and investigate

How did Fawley go all good i hope

No problem Colin. It should be easy to see, if not I'll take a picture if you need one.

As for Fawley, tests on Tuesday went OK, bit disappointed in myself as I couldn't finish some of them. I've really let my brain atrophy

Hopefully it's good enough, should find out in the next few weeks if I've got a proper interview
Top

Hope it was enough to do the trick at Fawley Toby... Fingers crossed!

No worries on the atrophy. In one as young as you, it is temporary and can be easily reversed. Just do something to exercise the old grey matter and you'll be fine.


admiral51 wrote: Turns out i dont have intermittent wiper position only auto

You know Colin, that is by far the best feature of a MK2. It's the only thing I miss from the time I had a MK2.

A little bit late in updating but

Have discovered i need to tackle the glow plugs as she is a bit sluggish/knocking/smokey for the first 30secs after starting although she does start first time like a 2.1 should

Have taken a closer look at the aux belt tensioner and i can see the roller is slightly out of line with all the other pulleys so guessing its the spring thats collapsing and pushing it out of line same thing that happened on the 1.9td

No wonder the car was cheap

admiral51 wrote: One good thing is ive now gone 3 days without a coffin nail so maybe there is a silver lining after all

It was the lurgy that initially set me off...

Now, maintain the momentum by going an getting some patches. Start off with the 21mg ones. They're equivalent to about 20 fags a day!

Either see the doc and get them on prescription but as time is of the essence here, go to the chemist and pay for the first pack over the counter. They cost about a weeks supply of baccy

It's a bugger when you're ill over bank holidays isn't it?
Top

CitroJim wrote:
It's a bugger when you're ill over bank holidays isn't it?

That problem has now been sorted

Well have managed to do some little bits and pieces this weekend but friday next week is going to be the day when i get down and dirty with the 2.1TD

. This morning she started on the button with no judders or smoke so job well done,not bad for the first attempt.
Had the front bumper off and managed to replace the n/s fog light for the new one i aquired with the car and replaced the o/s cooling as it wasnt playing ball.A good clean up of the relay contacts and now both operate as they should

Whilst i had the car up on axle stands i ventured underneath to examine the front hieight controller to see why the car is riding high by about 4 inches.The plastic clip is attatched and after a good spray of plus gas the linkage is free but still no difference in height so i reckon the clamp has been tampered(adjusted

) with.
Have booked friday as a holiday and im going to be attempting the cambelt/water pump aux belt change along with new tensioner/pulleys and spring