Well, I've not been about much this last fortnight due to work commitments and being kept busy.

I managed to get an exhaust for the C5 for £60 including VAT and delivery from a breaker down south but haven't yet got it sorted. I've spent a while trying to track down a stupid ABS fault on our Freelander which I was hoping was just going to be a case of replacing an ABS sensor but unfortunately not.

For my Christmas last year, Cheryl booked me a driving experience day, with Supercars Scotland, which I went to on Friday last week. It was a proper run on the main roads, not on the track like most and set off from Loch Lomond up to Inveraray and back again, which is a total distance of around 85 miles.

The cars they had were: 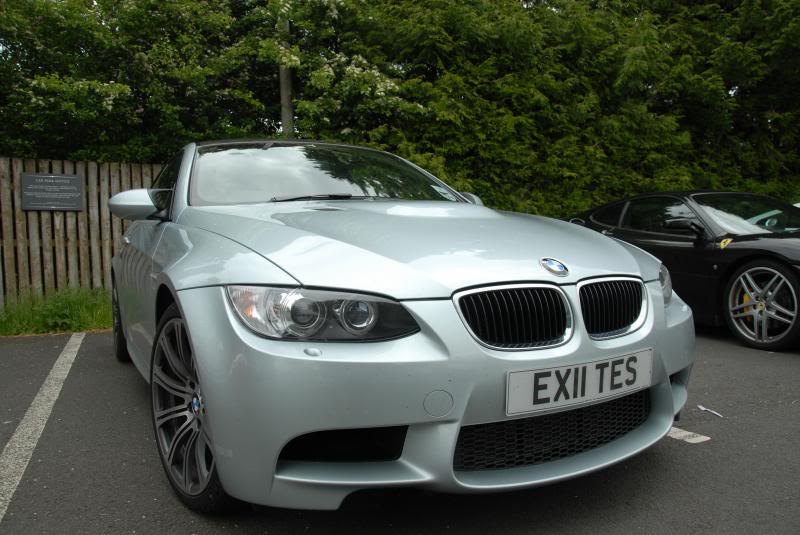 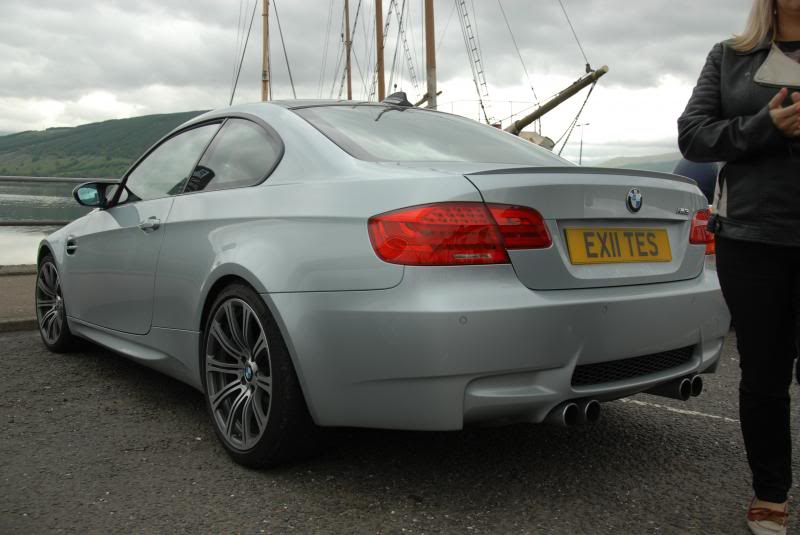 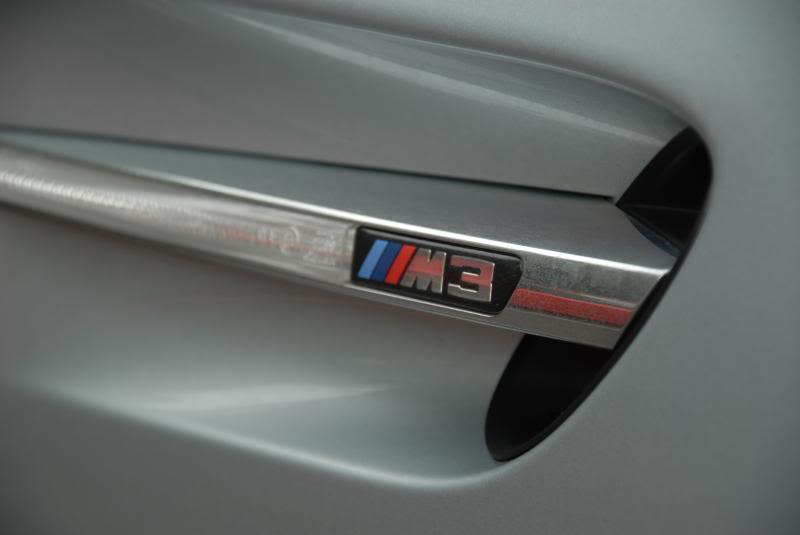 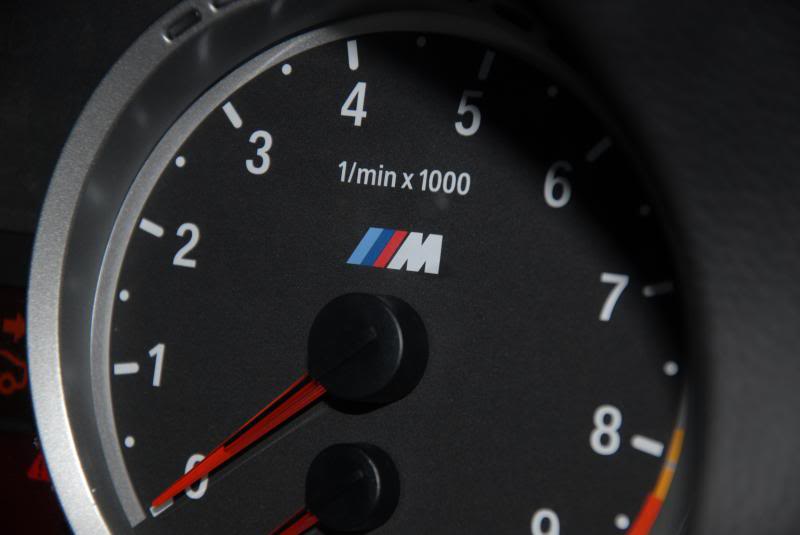 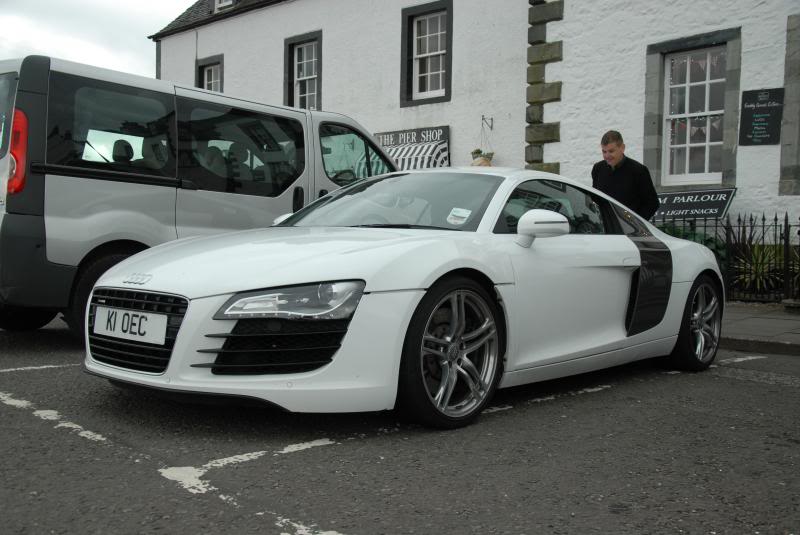 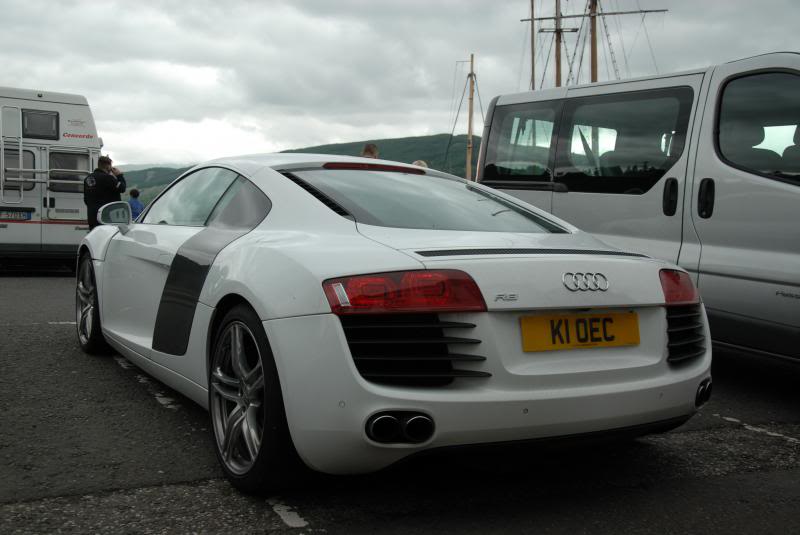 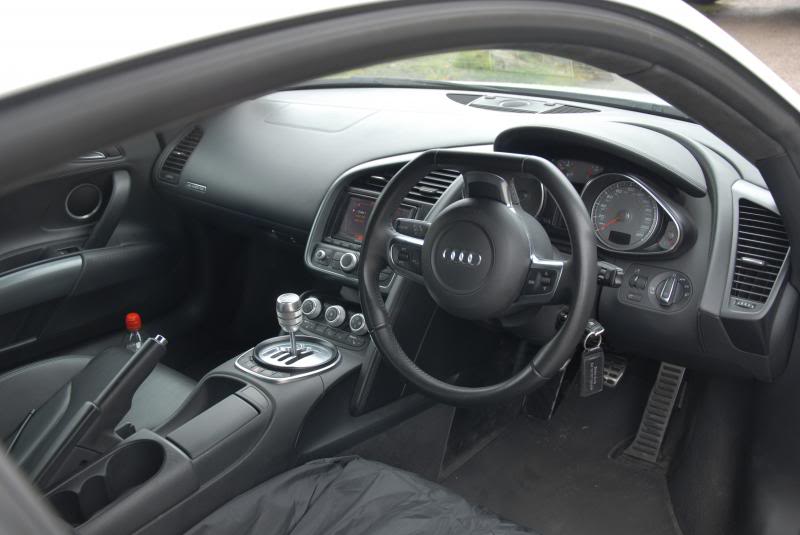 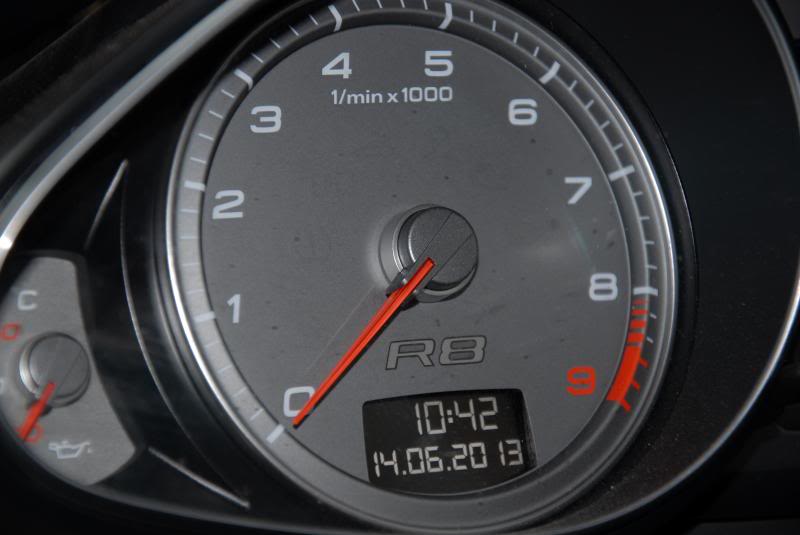 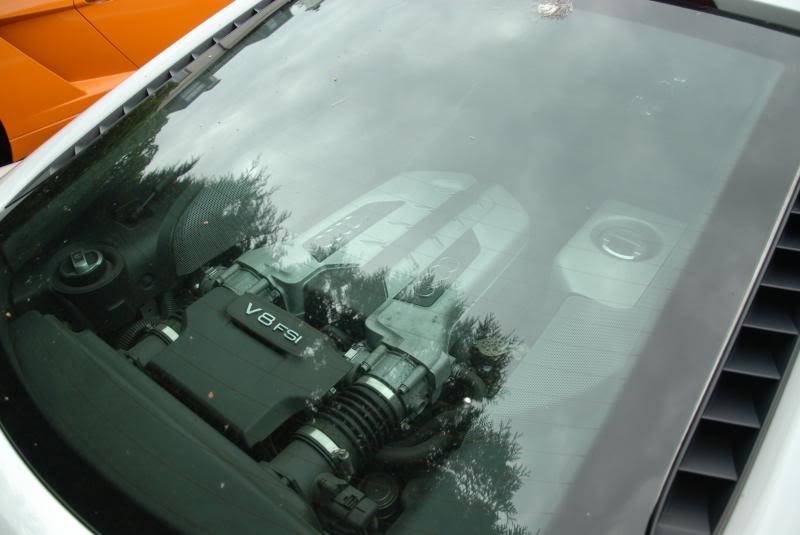 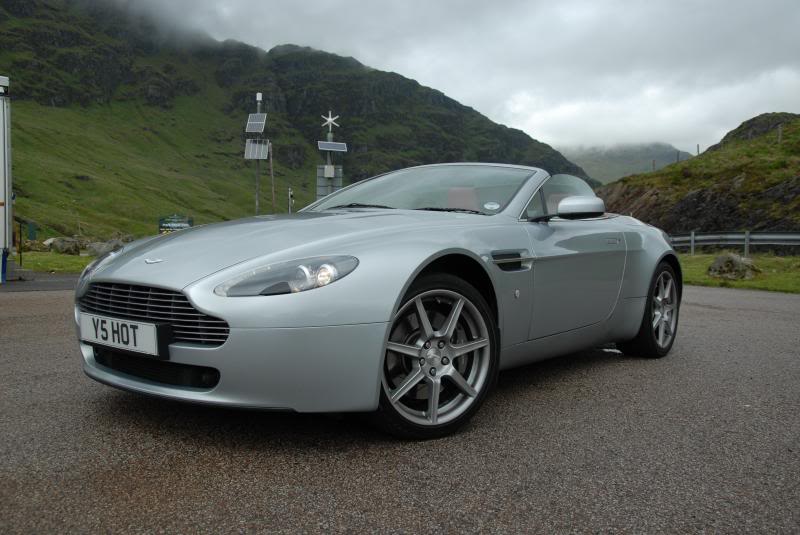 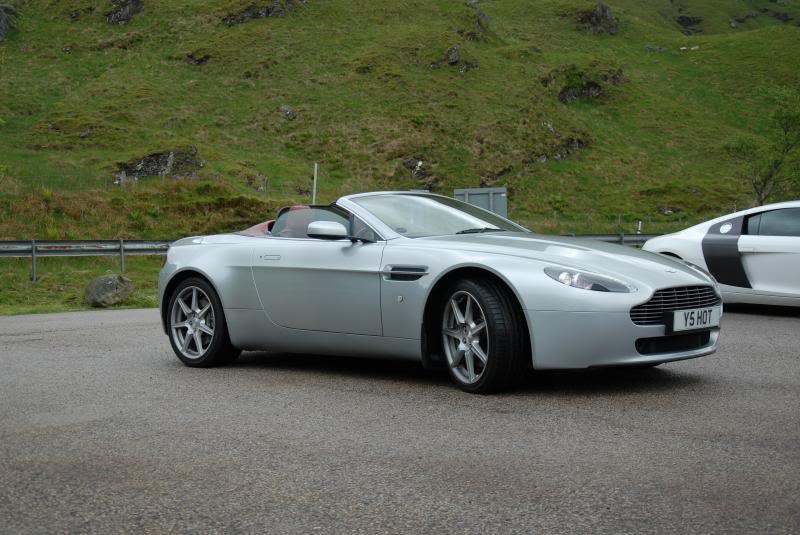 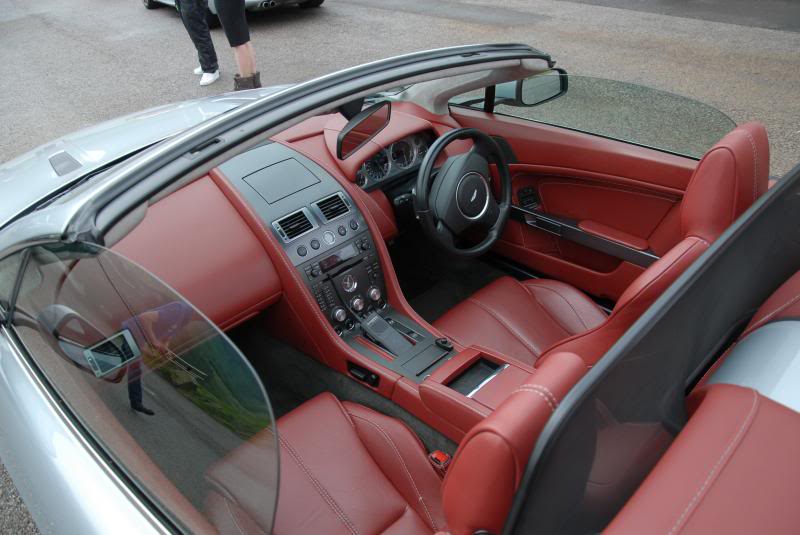 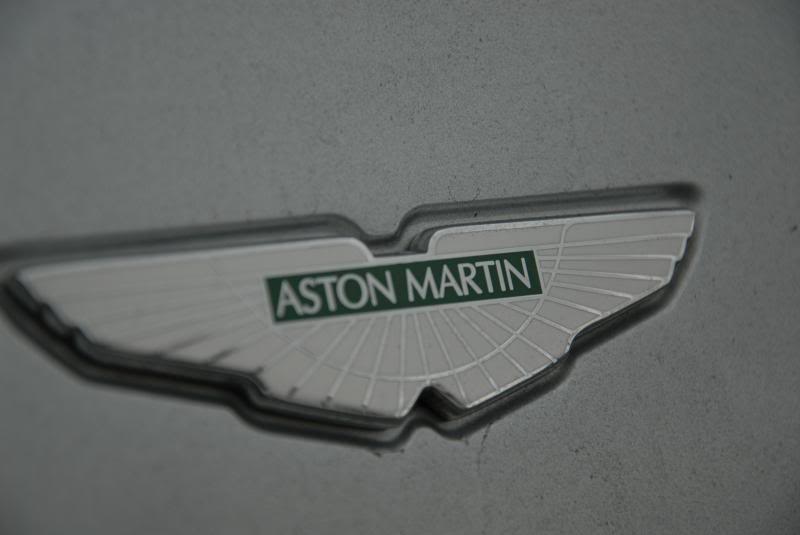 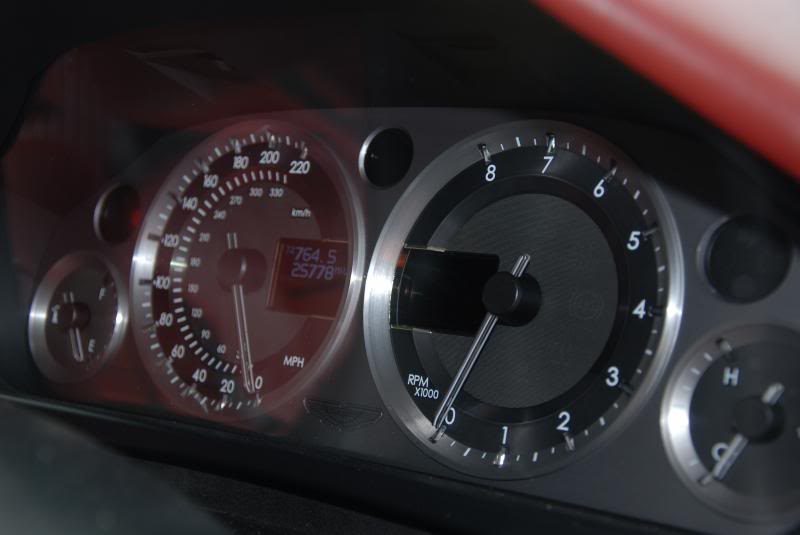 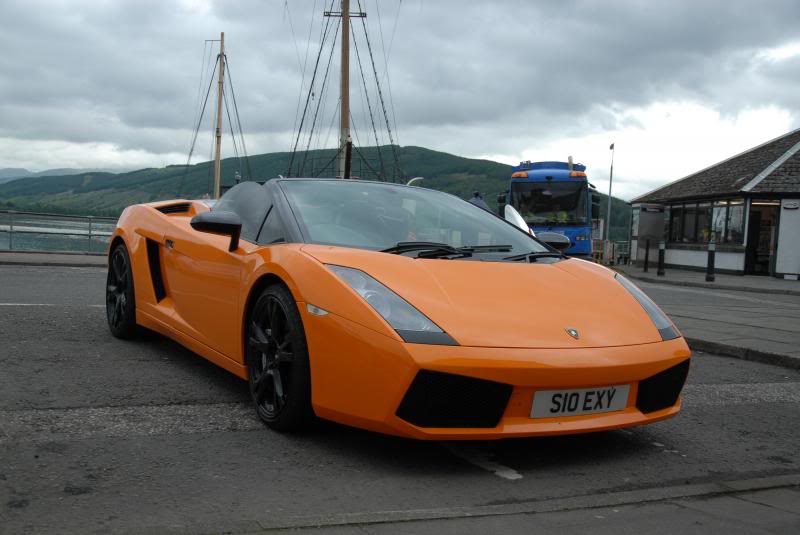 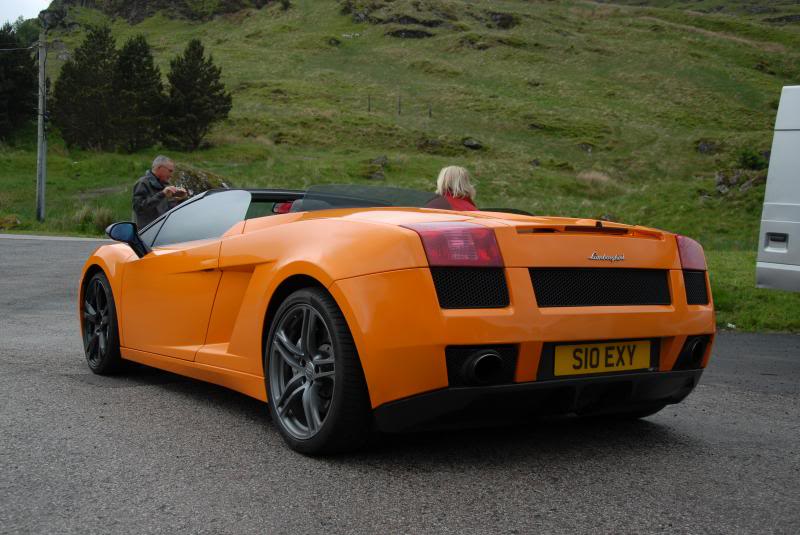 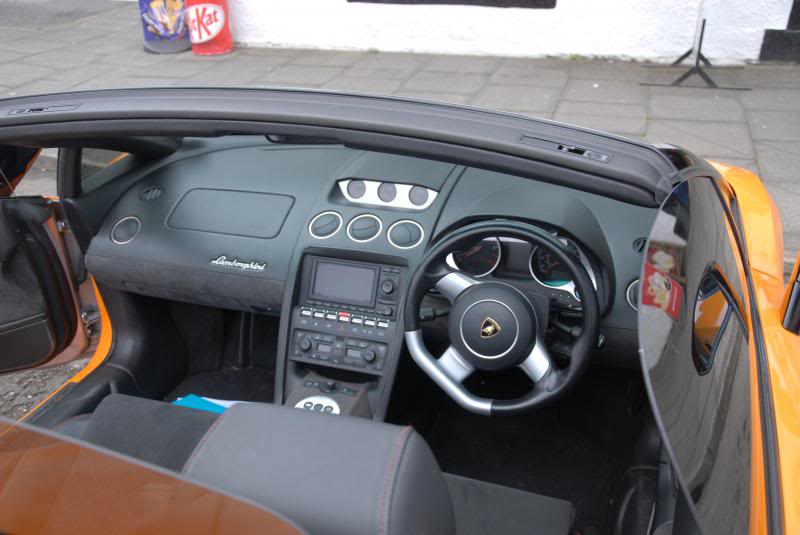 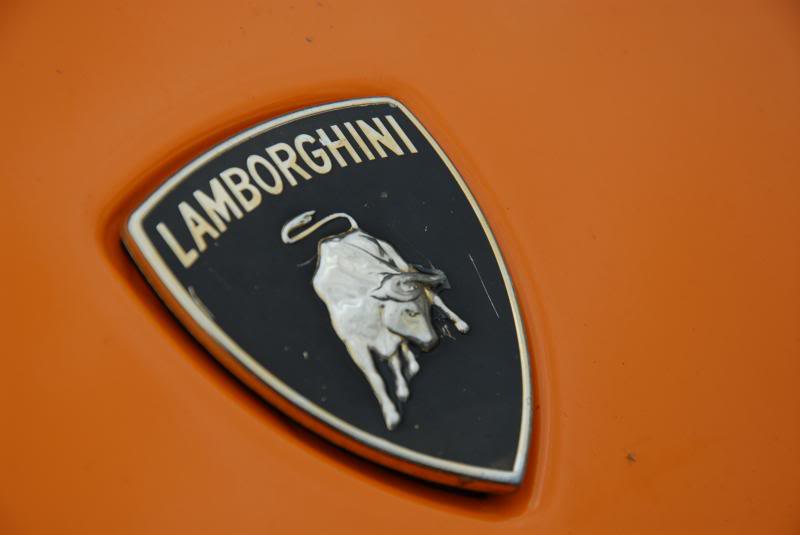 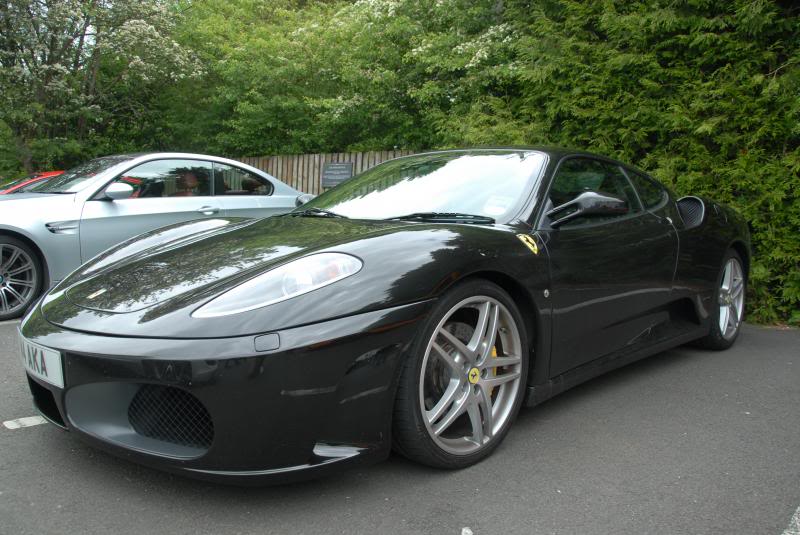 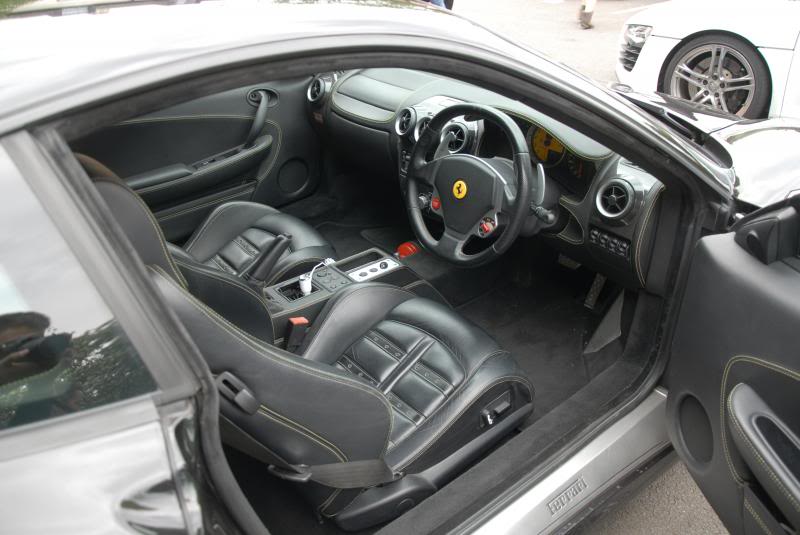 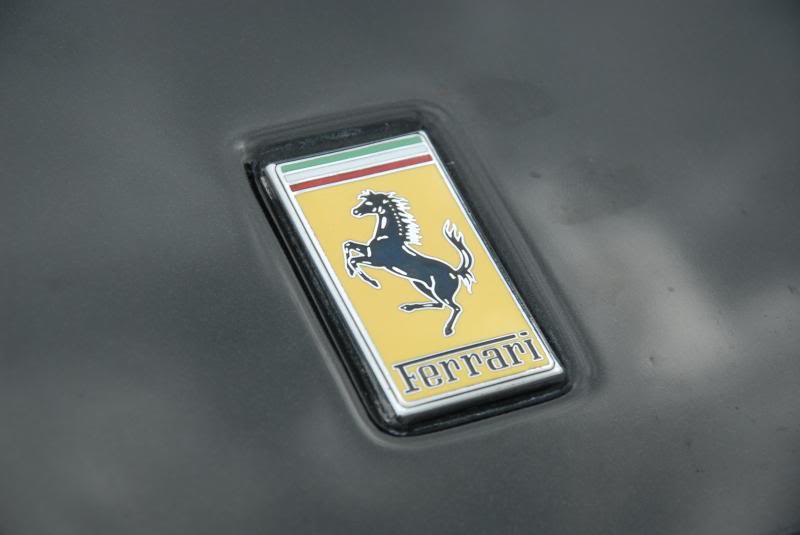 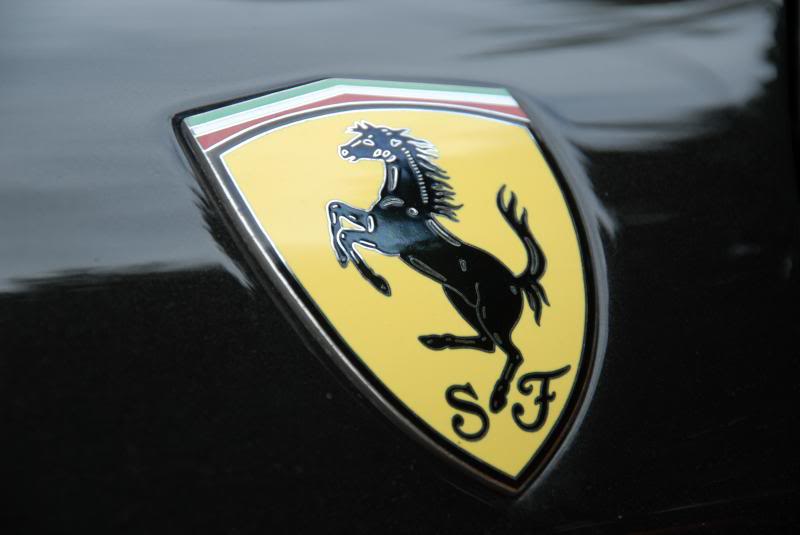 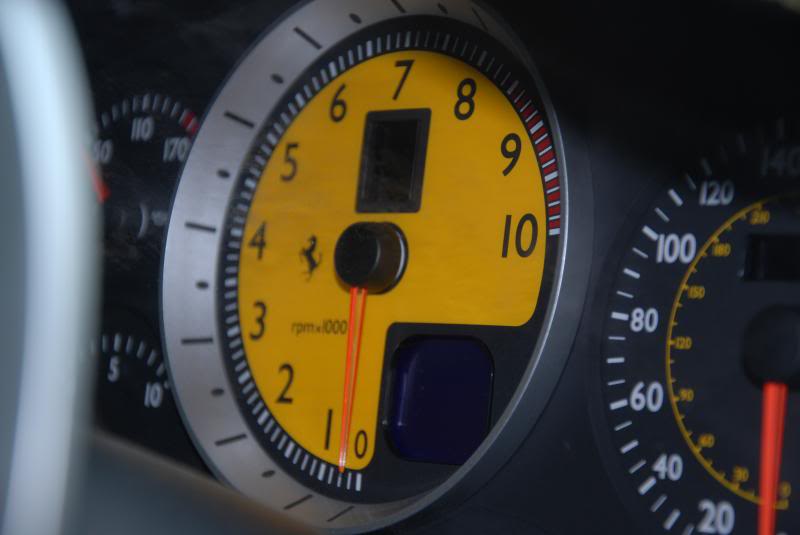 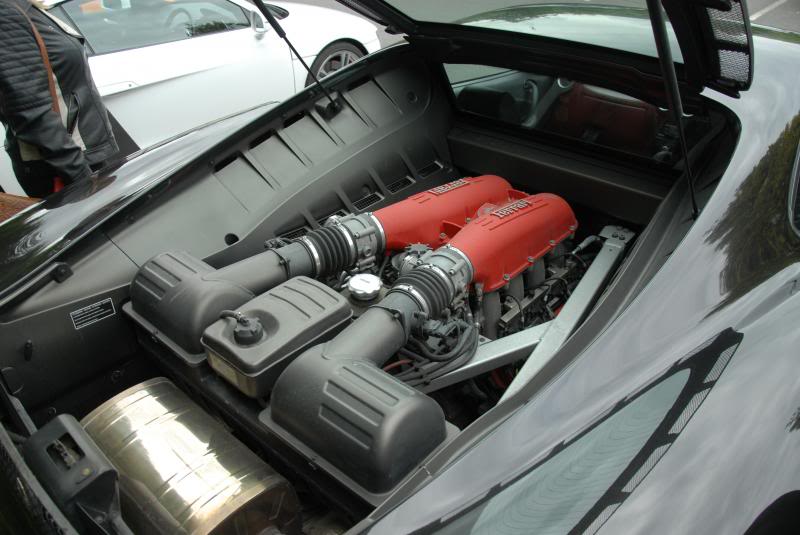 I started in the BMW M3 which was a little disappointing when I was given the keys as it's a car I've never shown any interest in and have never really wanted to have anything to do with. Upon climbing into it I was quite impressed at the interior and the general feel of it. Starting it up put a grin on my face when I realised this was the V8 M3 I was sitting in, not the old 6 cylinder one. We all left the hotel carpark in convoy. I managed to get stuck behind a lorry which separate me from the convoy in the M3. When we got to the climbing lane I put it into 3rd gear using the paddles and booted it past the lorry... I was totally blown away by the performance of the car, the way it handled and the noise it made. Then I found the M button on the steering wheel which changed everything, the car sharpened up, the throttle response improved and it just felt like an absolute beast! So much so I've started looking for one...

I then moved to the Audi R8. This is another car that's never really appealed but I was quite looking forward to having a go in one. This was a manual and I found the position of the pedals to be very close together. After I'd got used to it though, it was quite a nice car to drive. The power delivery was much smoother then the M3 which made it feel not as quick. The ride on it was lovely and soft until the button to stiffen it up was pressed and everything became stiff and tight. Overall it was nice but I wouldn't go out and buy one.

Next up was the Aston. I've driven a V8 Vantage before and I LOVE them. It's one car that I'm determined to own. The feel of the Aston was wonderful, the noise was superb, the ride was nice and it's just a car I absolutely adore. Driving it again almost a year after I last drove one confirmed that I love them to bits. Everything about it makes you smile, it looks gorgeous, the interior is a lovely place to be, it's quick, makes an amazing noise when you're pushing on and when you settle down to cruise it becomes beautifully quiet, smooth and refined. To me, the Aston was perfect.

After around 15 miles of bliss in the Aston I moved into the Lamborghini. Upon climbing into it I wasn't sure what I thought of it. It was amazingly wide and felt massive. There was a lovely purr from the engine coming behind you and when you accelerated through the trees on our way up to Inveraray the noise was epic. The car itself was difficult to drive in a way. The throttle was heavy, the brake pedal was heavy and as it was a manual box with paddles it was jerky at low speed. It didn't move off on it's own at idle and as you moved into car parks slowly it was very jerky. It's nice to say I've driven one but it's not a car I can see myself ever wanting to buy if I could ever afford one.

The Ferrari unfortunately didn't come out as there was only 4 of us on the tour which is a shame as it'd of been nice to try it. They did however start it in the carpark and give it a little rev for us to hear, the noise off it was absolutely incredible! The box you can see at the back of the engine bay is the only silencer in the exhaust so it sounds phenomenal!

Out of everything I drove I was most impressed by the BMW M3. It was just something I didn't expect, it was blisteringly quick with 414bhp, it handled well and made a terrific noise. The Aston was as good as I remember it being though

The R8 and the Lambo I'm quite happy that I've driven one and don't really want to own either. 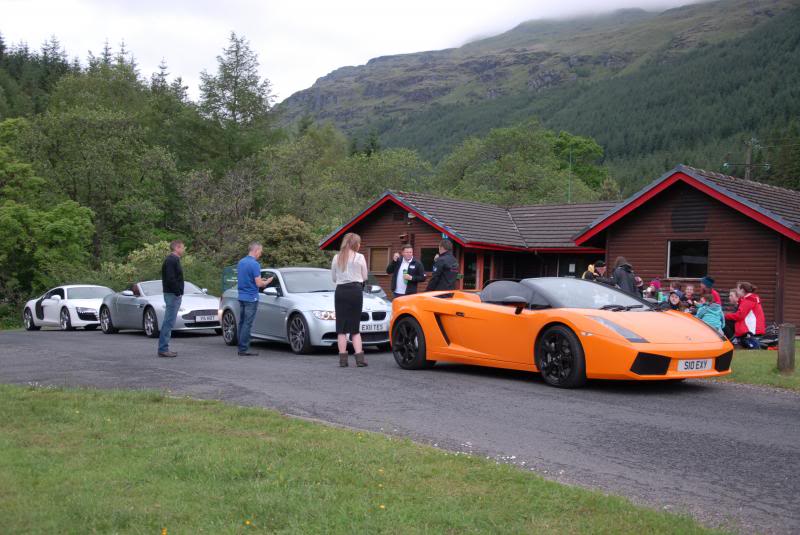 What an excellent day David. Good to see one done on scenic roads rather than a track. The fact that are usually on a track puts me right off them but a drive along proper roads is very appealing...
Top

After all that excitement I bet the Xantia or XM were delightfully soothing in comparison.
Lovely to have driven those cars, bit I imagine the thought of long term ownership is less appealing.
Good of you to share the experience with us though.
Top

I was bored on the internet the other night and I ventured onto the DVLA Registrations website and decided to buy the Activa a present...

I clicked a few buttons, entered my card details and in the post this morning came a piece of paper confirming that I had a new number plate for the Activa.

I ran into the DVLA office in Glasgow this afternoon as I was passing it with work as it looked really quiet inside. Sure enough it was and within 10 minutes I had a new tax disc, new MOT and a slip giving me permission to get the plates made. I nipped into Glasgow Citroen who made the plates and I phoned my insurance on the way home so the Activa can now wear it's new plate... 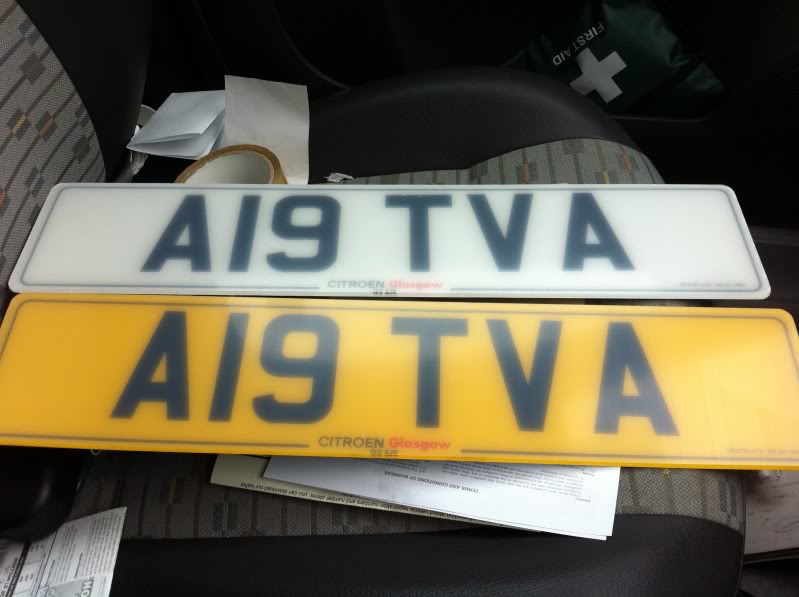 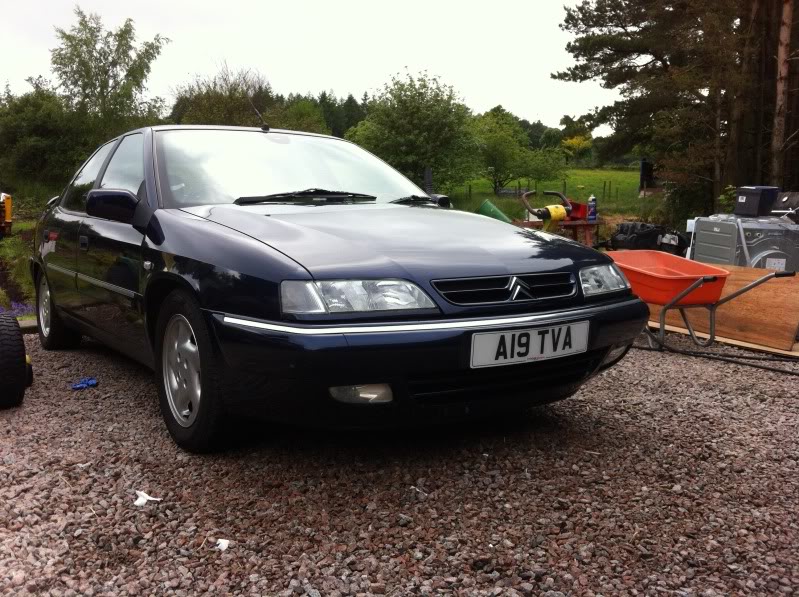 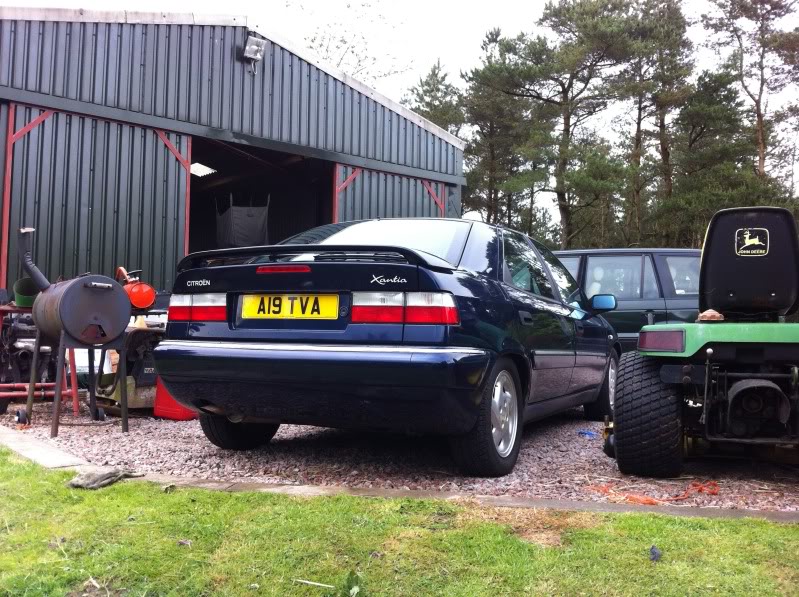 Excuse the mess on the yard... that's this weekends job

It's nothing special but I think the car suits it and it's as close to Activa as I could get.

When parked in the workshop next to the XM it doesn't look left out now!

think they suit it rather well.
Did anyone at the Citroen place make any comment?

Also the most burning question... What's happening with the C5?

Nobody at Citroen mentioned anything

The C5 is on the yard awaiting the fitting of it's new exhaust that I managed to get for it. Apart from that it's not done anything at the moment. Work has been crazy busy recently so every things taken a back seat unless it's been critical work to a car we use daily.

Every Activa deserves one...
Top

Well done David, the plate looks good, so does your Activa!
Top

As we're doing show and tell, here's mine 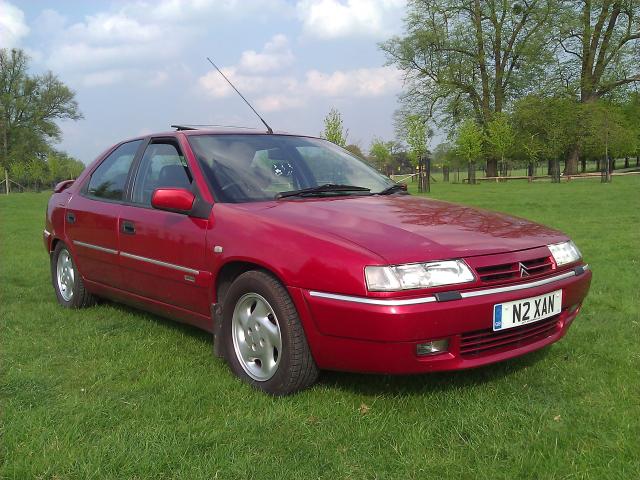 Mike, I didn't know you had one so close!

superloopy wrote: Andrew .. havent seen him on forum for a while, anyone any news on his whereabouts these days?

He's not far away and last logged in here at the end of May...

I don't know if you spotted a V6 Activa being broken in France...
http://www.leboncoin.fr/equipement_auto/460393233.htm" onclick="window.open(this.href);return false;?
Might be a source of a set of manual ECUs and a few other V6 activa bits.
Top

Please to report the Activa has now done 800 faultless miles since the start of May and the XM isn't far behind at 740 miles since May which have also been faultless.

I've been offered the opportunity to buy my old Golf R32 back as the chap I sold it to 3 and a half years ago is selling it. I am really tempted by it but need to sort things out before I could think about it. As a result I'm probably going to need to sell one car, possibly two. The first contender will probably be the C5 once it's got a 12 month MOT and the second up will probably be my P38 Range Rover.

DHallworth wrote:Just noticed that I've not really been active on here much at all recently. With the good weather and a busy workload I've not really had much time for anything.