A topic that often comes up is how to remove the crankshaft pulley typically to change the timing belt. It is usually held on by a very tight large central bolt which requires the use of an air impact gun or using the starter motor trick to remove it.

The picture below shows the pulley on a 1999 Mitsubishi Galant 2L Automatic which is held on by four small bolts which are easy to remove. The four bolts attach the pulley to the timing sprocket behind the pulley. Interestingly the manual version of this model is held on by a large central bolt. 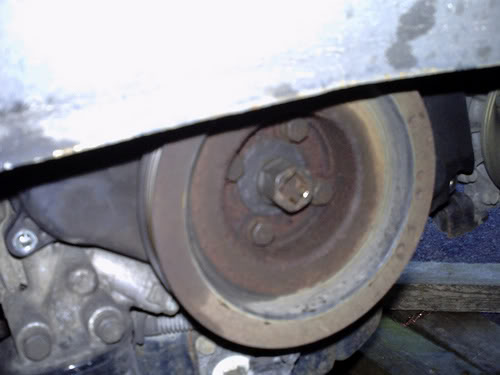 there are also quite a few PSA engines with this setup also, petrol and diesel.
Top

It would be nice if they were all attached this way.

ellevie wrote:
which is held on by four small bolts which are easy to remove. ]