A place to discuss any upcoming meets, club rallies and general get togethers.

No telling which gear I was in

Xantias don't seem to have the most accurate speedos

now remember next time you see my mum: activas make great 2nd cars and never brake down with an endless parts availability...

Apart from the very last bit, your not wrong

Xantias don't seem to have the most accurate speedos

S1 ones are more accurate generally...

Apart from the very last bit, your not wrong

Indeed, it has become necessary to make some stuff these days. A Lathe is a very useful addition to the toolkit when you own an Activa...

I had an excellent weekend, a little different to what I expected with the whole XM throwing it's toys out the pram on the 303 thing. I ended up tagging along with ren16tx in his yellow Visa Florence. We didn't leave the site until gone 7 on Sunday which meant that I didn't get back to the XM until 10pm. The breakdown people were prompt but I still didn't end up getting home until 4am Monday morning...sniff!

Here are a couple of snaps of the 20th Anniversary Xantia cake me, my sister and mum made. Thanks go to CitroJim for cutting the cake! It went down like a storm and it was soon gone, too soon for some as they missed their chance. 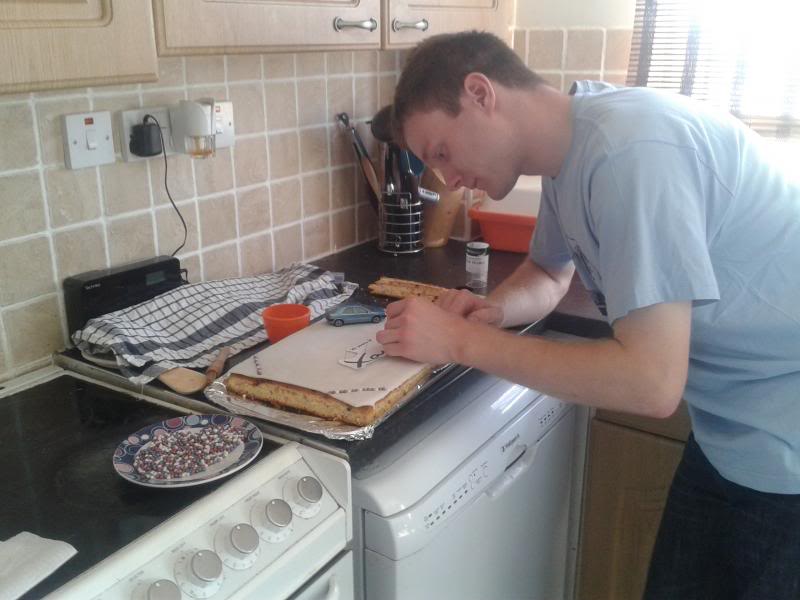 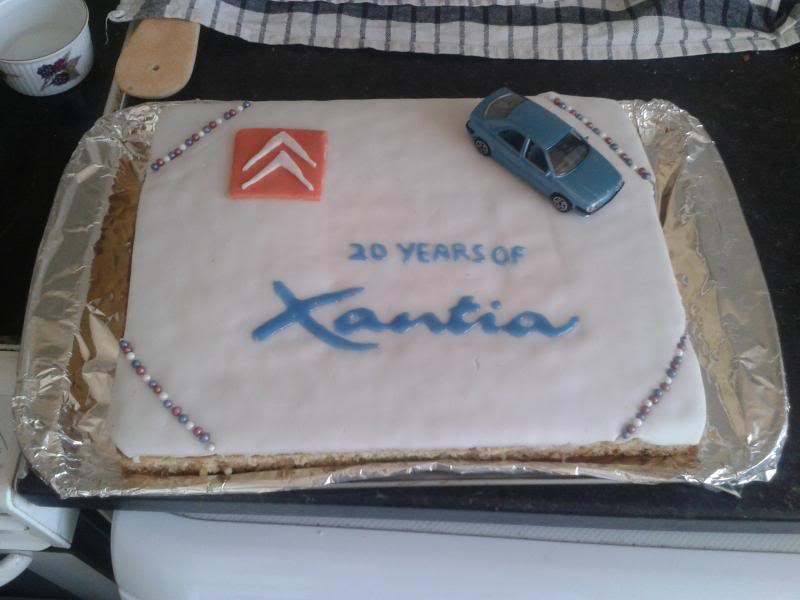 That cake was absolutely brilliant Kev and a high honour for me to be the one to cut it. Excellent!
Top


whilst I've never had a trade stand I have sold models and brochures in the past. I say past because I sold £15 of stuff at wetherby in 2012 despite the bx attracting large crowds. I'm afraid its use them or loose them. I feel genuinely sorry for those trying to do it on a commercial basis and whilst I was disappointed that there wasn't more I can understand it. I certainly wont be selling stuff again at a rally, I've offered people a list of stuff but it'll be ebay most probably. Same for spare parts.


JonM wrote: The site was a A damn disgrace!! No Excuse!!
When you pay £15 per night you expect clean toilets & showers!! Only one toilet open sunday morning the rest were closed


eh??! Did we use toilets in another dimension! lol Every time my mum went to the toilets there was someone cleaning. I had a nosy round the gents and showers both days and they seemed great. In fact I even thought, next year if its in the same place I wouldn't mind camping. We were there before 10am on sunday and all toilet/shower cubicles seemed clean and were open. We used he hut like shower block overlooking the lake/downhill.

now that was an understatement! "just go that way..follow it round to the event field..." the event field being??! uphill downhill, big beyond the lake ...


JonM wrote: I urge you the CCC not to return there anytime soon

Funny I've been saying the opposite..and from what I saw/the above id stand by it.


Jes jim if you think that's bad/run down then don't come up north! (unless its to fix my car in which case feel free!


citronut wrote: Steve and Phill certainly did not look as i thought they would

not sure how to take that ..but I still wished I lived nearer you Malcolm!

Cake was ace sorry I missed the cutting but we had to head off for the long journey back. Loved the blue bburago model..coz its a mk1. Yes before you ask ive got several..even the super rare citroen boxed one.

I thought the trade stands and autojumble were very good, in so much that my C4s boot was filled to the brim, as well as the back seat full up too. Easier than lowering springs...

C4 coupe's look good when full of crap! Leave a few slabs in the boot, definitely cheaper than coilovers

Return to “Meets, rallies and get togethers”