Stickies moved from the Activa forum

Please use this thread to post any Activas you may find for sale on eBay and elseware in this thread.

Oh look, there's someone breaking an Activa he paid 250quid for to
rip the engine out for his 205....

AFAICT the silver Activa being broken had a cracked back light and leak at
the back - probably the rear ram.

And NO; I don't want to try the new search experience!

With thanks to eagle eyed citroenxm AKA Paul!

Scroll down half way .... In silver, and a nice price and good miles too!!


Highest priced one I've seen in the UK for a while mind; used to be on
AutoTrader at this kind of price! Not any more...

Can't this part of the Forum be viewed by all and sundry?

If so - aren't you potentially making the cannibals' lives easier? Surely it would fare better in a "members only" part...

As above, i agree.
Top

What do you guys make of this then?

Was there any other 2.0i Turbo SALOON in this red!?

Looks like an Activa, but description claims it is a V reg which would make it a S2, but its got an S1 front end...

I wondered the same thing! It's possible the picture is one of these sample
pictures various publications/websites are guilty of using 'from file' just to
confuse everyone? The 2000 cars bit sounds plausible but I don't recall
there being THAT many Xantiae around then. It'd be interesting to find out
more about this car from the seller due to the age and mileage stated.

Could be a better prospect than the Savoy car for the same money but
there's no real way of knowing if its an Activa or not!? Well, not until
someone finds out I guess...

Not sure the bling suits it, but at least the engine is in the right car,
not a Peugeot...

guess what colour this Activa is? 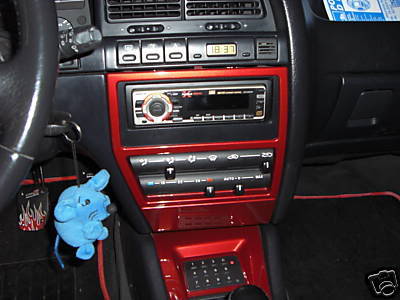 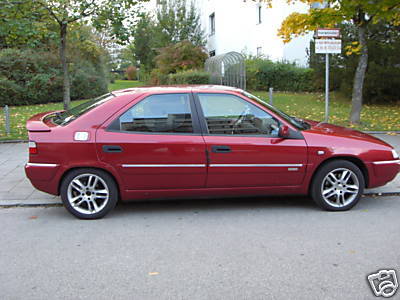 Umm, velly intelesting mein herr. If its komplett mit manualen gearenboxen it might be worth it for 650 european beer tokens.
Top

That's a few more quid than they sell for in the UK!

It's apparently on the Gold Coast - generally not a steel-friendly environment.

Ahh, so they did import Activas into Australia then Adam. Good to know.

A$11,000 - about £3,000 then if the rate of exchange is still knocking around three to one. Makes it worth shipping a UK one out there just to sell

A bit salty up on the Gold Coast I guess but that should not worry it greatly as all Xantias are very, very well rustprioffed and basically, don't rust, even here in Blighty where the councils throw salt on the roads in frosty weather with gay abandon. So much so, the roads, cars and everything nearby end up crusty white!

I would have thought the strong sun would have done more damage than the salt, it used to really spoil paint and trim up in Darwin and make quite new cars look rather dowdy after a very short while.
Top
Messages: 508