Contains the Activa Register, Buyers Guide and Activa "finds" on eBay and elsewhere. Post Activa-specific items that do not fall naturally into the Citroen Forum.

Besides the pick up has to get through two 'teabag' type filters before getting to the fuel line ....
Top

As said highly unlikely but demonstrates how the improbable can become reality and bite us in the bum.

I once was called out to an FTP - a friends Cortina got half a mile from home and died.
Spent ages buggering a bout with it. Asked if he could have run out of petrol.
No chance it was filled up the previous evening.

Problem was that someone had cut the fuel line during the night and stolen all his petrol, except that in the carb and filter.
Top

Had a play with the old pump (no flow rating marked) whilst I've got it out ran it in a bucket of water to see flow rate as Admiral51 suggested into a bucket - emptied 4 Litres out of the bucket in 1m40s....so over 120 Ltr/hr would seem sufficient (even though there is some internal leakage on the upper join of the pipe). 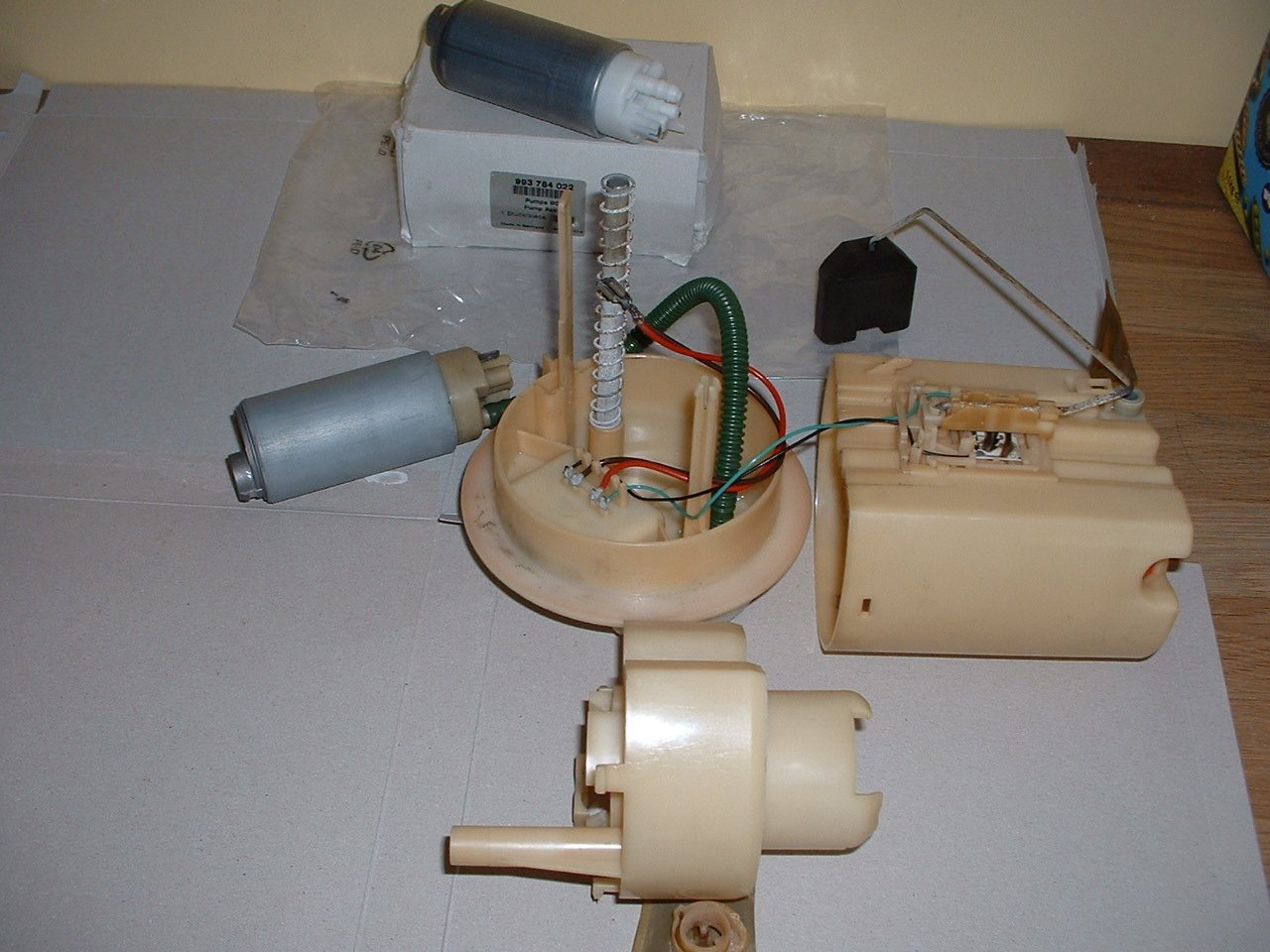 
The pump strips down OK apart from the green plastic corrugated pipe that appears a push fit but even after warming with a hair dryer seems reluctant to come off, so even if I did use the new motor the pipework would probably need replacing as well but having confirmed the flow rate looks ok on the old pump I'm inclined just to put it all back together (try to slow the internal leak with plastic tie wrap) and move to the next stage of elimination ......


Well I've had 2 test runs and there is some improvement

When I ran the flow test in a bucket of water there was some leakage from the upper join which was visible but when I think back to that test 2 things occurred to me:

1. The outlet was free flowing with no resistance in the pipe (simulating pressure with my thumb over the end of the pipe would probably make the internal leak increase).

2. The lower join could also be leaking but not apparent as it was submerged under the water level.

Whilst searching for replacement pumps I have noticed that some of these type of pumps have clamps on the internal hose joins but there wasn't any on mine and I also wonder whether these joints could have opened up due to the long term storage that this car has experienced.

So I will remove the pump again

and measure up for some hose clamps for the internal green corrugated pipe, ideally without removing the pipe with these type

or failing that replace the pipe with some suitable fuel line and clamps .....
Top

Had a look online with no luck so far .... anyone got a spare one or two ?
Top

Used the hose off the old front suspension leg leak off to make another T piece with an old windscreen washer T piece .... pictures best story ...

Many Thanks for input on SALE/WANTED PAGE guys

Looks like some pipes need a little protection in there mate....
Top

Alasdair yes mate I've slapped some grease on them

could probably do with something heavier on them as the grease does seem to disappear after a while.
Top

Amazing re-use of a door seal

Found a use for the old door seals

Alasdair that looks better than my one, just trying to tidy it as the lip is serrated from towing cables when recovered by Shipley

That seal covers the damaged lip then, mine (S1) does not have the lip
Top

Having read the Activa engine thread I think I need a drive in a standard one to see how they SHOULD run ....
Top

I haven't took it out of town yet so a little premature but should there be a 'kick' at certain revs on the 2.0 8v Turbo

At the moment my HDi feels faster and that is the one I'm using for the distance journeys at the moment.

I wasn't wrong but it's worse than I thought .....even though the fuel supply is improved with the clips on the fuel pump, power is obviously still nowhere near what it should be